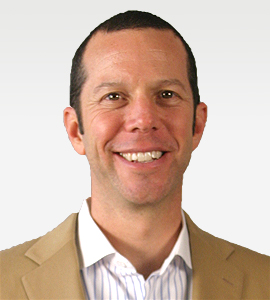 Jason Ruben, MD, serves as Vituity’s Director of Scribe Services, a program he founded in 2008.

His expertise in electronic healthcare records and physician adoption patterns supports the design, implementation, and management of Vituity’s scribe services. His writing has appeared in emergency medicine publications and blogs, and he has lectured both nationally and internationally.

Dr. Ruben attended the University of Southern California, where he earned both his bachelor’s in psychobiology and his medical degree. He completed his residency in emergency medicine at LAC+USC Medical Center, where he stayed on to serve as a clinical instructor and the Director of the International Emergency Medicine Fellowship Program.

On Nov. 18, 2013, a representative from the Office of the National Coordinator for Healthcare Technology addressed a gathering of the American Medical Informatics Association. She insisted that meaningful use would proceed on schedule.

"Wish there could be a delay of Stage 2 meaningful use? Don't hold your breath," wrote a reporter from Healthcare IT News, who was covering the story.

Then, less than one month later on Dec. 6, the Centers for Medicare & Medicaid Services (CMS) announced that it would indeed extend Stage 2 for an additional year and delay the arrival of Stage 3 until 2017.

Human factors played a pivotal role in CMS' decision. By delaying the program a year, they hoped to create:

"Ample time for developers to create and distribute certified EHR technology before Stage 3 begins, and incorporate lessons learned about usability and customization."

To many, this about face was unsurprising. As with many top-down initiatives, meaningful use is a worthy idea that ran into trouble when the rubber hit the road. And it certainly wasn't the first time regulators implemented a new healthcare policy — only to backtrack when their carefully crafted roadmap led them to the brink of destructive chaos. Policymakers tend to overestimate the capacity of providers and hospitals to manage rapid change.

The meaningful use delay underscores an important principle that both policymakers and healthcare leaders would be wise to heed: Never ignore the human factors involved when healthcare and technology come together.

Despite becoming a pain point for many participants, CMS' meaningful use incentive program has noble goals:

CMS rolls out meaningful use in Stages, each lasting several years. "This approach has allowed us to support an aggressive yet smart transition for providers," regulators explained in a recent blog post.

Sounds reasonable, right? But what CMS didn't factor into the timeline was the poor design of most EMR systems and their stifling impact on productivity.

The usability problem has been a surprisingly tough nut to crack. Six years ago, when Vituity started its scribe program, some of our best minds didn't feel it was warranted. There was a feeling that in two to three years, we'd have usable EMR systems and a return to productivity.

But if meaningful use taught us anything, it was that setting up the hardware and software is only the first step.

Providers also need to embrace and understand new technology before they can adapt their workflow around it. And building that sort of trust between human and machine requires intensive change management and long-term commitment.

The Limits of Technology

So how do we solve the usability issue so that EMRs benefit physicians — prompting them to use EMRs in meaningful ways?

Our tendency so far has been to turn to technology.

For example, I'm currently consulting with Augmedix, a company that aims to improve the physician-EMR interface using Google Glass . Other companies like Healium are also developing applications for Glass to improve the transfer of healthcare information from one provider to another. Many hospitals and providers are also experimenting with mobile interfaces (iPhone, iPad) and entry strategies like voice recognition.

But thus far, no one seems to have cracked the code on how to create a user-friendly EMR without adding a third-party system to the mix.

One third-party solution that does improve usability (not to mention physician satisfaction) is a human one — scribes.

Medical scribes don't contribute directly to meaningful use in the sense of making systems interoperable. But they do smooth the implementation process by boosting productivity and making technology more palatable to providers.

For example, I know of a large independent practice association (IPA) and a small orthopedic practice that recently adopted the AllScripts EMR platform in order to meet meaningful use requirements. The problem: their physicians ignored it. They preferred to continue dictating their notes (which was undeniably faster than fumbling with drop-down menus).

So both of these groups implemented scribing solutions, which helped break down barriers between physicians and technology. The physicians loved having someone else do the typing. The patients loved having the physician's undivided attention. And because the physicians now engage with the system (albeit indirectly via the scribe), this IPA is making greater strides toward meaningful use.

Scribes have other benefits that voice recognition or a mobile interface can't match. Their mere presence appears to boost patient satisfaction. They also make the physician's life easier by following up on lab tests and other loose ends and by helping busy providers stay on top of patient developments.

Small practices can now outsource scribe services for a reasonable cost. And in larger systems, scribe programs typically pay for themselves in terms of incentives, penalty avoidance and intangibles like patient satisfaction and loyalty.

So on the road to meaningful use, let's give physicians the technological tools and advances they need to get the job done. But let's not forget that meaningful use is a fundamentally human goal that demands human solutions.