This Is What Happens When You Let Your Kid Play Football 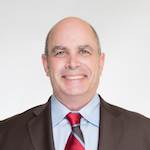 A high school football player who plays with a concussion risks serious and permanent brain injury. Unfortunately, concussion is an invisible injury that's easy to miss (or hide) in the chaotic action of a game.

As a football dad and emergency medicine physician, I'm deeply concerned about the welfare of young athletes. But interestingly, it was my teenage son Dominic who stepped up and made a difference for 900 of his fellow players.

Here's how he did it, and how I've been inspired to follow in his footsteps.


A Price on Your Head

When his ninth-grade English teacher assigned him a research paper on goals, Dominic chose "making football safer." He researched the options and decided that the best solution was to bring the latest helmet technology to high school teams.

Dominic didn't stop when he turned in his paper. He actually set out to get his proposal funded. He presented his idea to the Doctors Medical Center (DMC) Board of Directors and received a $10,000 grant for a pilot project. Gregori's athletic department used the money to purchase 36 state-of-the-art helmets.

When the force of a hit crosses a certain threshold, the chip signals a laptop computer on the sidelines. Medical personnel can see immediately the name and number of the player who was hit and observe them for signs of brain injury. (The impact is also time-stamped and easily located on video footage.)

About 10 percent of flagged players show signs of concussion. When this happens, a clinician on the sidelines pulls them from play, assesses them, and refers them to the ED as needed.

At first, some coaches were hesitant to use the technology. They worried that clearing flagged players might increase liability.

As a game doctor at Gregori, I did my best to reassure them. "Think of what you might have missed before!" I told them. "This system will help us catch more problems."

And it was true. During the pilot year, the system flagged at least one concussion that the coaches missed. That case involved an offensive lineman blocking behind the play.

No one on the sidelines saw his head hit the ground. But thanks to technology, he received the attention he needed. Incidents like this one really drove home the value of what we were doing.

A year later, Dominic approached both DMC and the Modesto City School Board about funding 16 helmet systems for each of the district's seven high schools.

Much to his surprise, the school board announced that it would fund 900 helmets — one for every player in the district, from quarterbacks to kickers. Modesto became the first public district in California (and one of very few in the country) to fund this technology for all of its players.

Dominic was thrilled, of course. But his influence didn't stop there.


Here are just a few of the ways the helmet program has connected the school district with DMC and physicians in the community:


Physician coverage for every game


When Gregori High School began piloting the helmets, they needed a clinician on the sidelines to monitor the laptop and assess players when the alarm sounded. Of course, I jumped at the chance. (What dad isn't looking for an excuse to spend more time with his busy teenager, right?)

And it isn't just our own kids who benefit. In a recent away game, I realigned two dislocated elbows. Both players were from the opposing team.


Imagine you're a high school player who wrenches a knee on Friday. It'll be at least Monday (and possibly a few weeks) before you can see an orthopedic surgeon. In fact, you could miss most of the football season waiting for an evaluation.

Not so in Modesto, thanks to the efforts of orthopedic surgeon Dr. Jonathan Pettegrew, DO. As a surgical fellow, he served as a team surgeon for the University of Alabama. So he knows football, and he's been able to bring some amazing expertise to the schools around Modesto.

One of the most valuable services Dr. Pettegrew provides is what we call the "Friday Night Lights Clinic." He and his team keep their office open late on Fridays to evaluate football injuries. Their early intervention has helped dozens of athletes return to play in a safe, timely manner.


As any parent can tell you, sports physicals are a pain. You have to remember to book an appointment weeks in advance and wait around at the office. And then of course, there's the co-pay.

Well here in Modesto, DMC and the school district have partnered up to take the pain out of this yearly chore.

For one day each year, we offer $25 physicals to any student in the district. DMC supplies volunteer providers and equipment, and the school opens up a gym for the occasion.

Parents love this affordable, convenient option. Each year, we perform almost a thousand physicals in a single day. All proceeds (about $24,000 per year) are donated to high school athletics programs.


It's funny how my kid's advocacy has opened new doors for me. Over the past few years, I've presented concussion education talks to nurses, EMTs, coaches, and athletic directors.

Many laypeople are surprised by just how serious a concussion can be. While most patients recover completely, almost everyone needs a period of cognitive as well as physical rest.

When talking to coaches, I also try to drive home the psychology that contributes to injuries.

Football players, perhaps more than other athletes, will do anything to stay in a game, including lying and pretending to feel fine. So we really need to be alert to what's happening on the field. (Again, this is what makes the helmets such an invaluable tool.)


During the last game of Dominic's junior year, his sensor went off. (I knew right away because I was holding the laptop.) That wasn't unusual, because he's not afraid to hit hard.

I looked at him on the field, and he seemed to be moving OK. But when he came off, I walked over and asked him my standard screening question:

"What did you have for lunch?"

Dominic always thought it was a funny question because, who could forget?

So yeah, he had a concussion. And isn't that ironic? The technology he'd worked so hard to bring to others actually ended up helping him. We were able to get him out of the game right away to prevent further injury and start his cognitive rest and recovery.

Playing through an undetected concussion could have resulted in severe and permanent brain injury. Instead, Dominic is headed to college at Case Western Reserve University, where he plans to continue his football career and study pre-medicine.

And he's definitely made his dad a believer. I'd seriously love to see concussion-sensing football helmets on every high school player in the country. I've been getting calls from coaches who are curious about our program. And my unequivocal response is, "It's worth it."