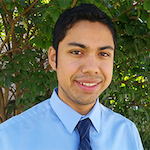 Robert Andalon has been a scribe with CEP America since 2015. He holds a Bachelor of Arts in business economics from University of California, Riverside.

Buddha once said, “Without health, life is not life; it is only a state of languor and suffering – an image of death.”

As an ED medical scribe, my job is to document patient encounters for the providers.

During these encounters, I have observed languorous elderly patients with life-limiting conditions being propped upright not just by a walker and chemotherapy, but by the miracle of modern medicine itself.

At what point does treatment stop being a "miracle" when the results are prolonged suffering and decreased quality of life? I interviewed Satya Chelamkuri, MD, Palliative Care Consultant and hospitalist at Good Samaritan Hospital in San Jose, Calif., to find out how she approaches this dilemma.


Palliative care is a medical specialty that is not purely concerned with survival time as a measure of success. Rather, it encompasses realms of wellbeing beyond the strictly physical.

Interventions are considered on the basis of whether or not they will be effective in treating the issue at hand. At the same time, palliative care specialists focus on capabilities and comforts that are important to the patient.

Dr. Chelamkuri says palliative care physicians don't just ask, What can I do to help this patient? Rather, they ask themselves, What is important for the patient to live a fulfilling life right now?

The challenge for a palliative care physician lies not only in calculating dosages. They must also calculate the existential risks of treatment as seen through the patient's eyes.

It is not enough to listen to lung sounds and heartbeats. Good palliative care means listening to a patient's life story and asking the right questions to discover any pressing issues — physical, mental, emotional, spiritual or socioeconomic — that inhibit the ability to live a fulfilling life.


Palliative care is a monumental task, because every case is unique. From the first encounter, Chelamkuri strives to be open and patient-centered. She considers herself “a facilitator of conversation, an educator, and lastly, a physician.”

Chelamkuri begins by simply asking the patient to detail their interests, an exchange more analogous to a blind date than to a typical patient-physician consult.

Some of her patients love to read and value their vision. Others value having the dexterity and coordination to play a piano or a game of chess. If the objective is to retain these capabilities, then treating a spinal tumor surgically becomes needlessly risky. Its removal may prolong life, but the delicate nature of the operation places the patient at risk of losing the fine motor control they treasure.


I asked Dr. Chelamkuri to name the most pressing issue she encounters with geriatric patients. I naively assumed she would give a medical response such as congestive heart failure or chronic obstructive pulmonary disease.

Instead, she said that loneliness and lacking a sense of purpose are the most pressing end-of-life concerns she sees.

I could relate. When I visited my mother’s small hometown in the state of Nayarit, Mexico, I noticed that there were no retirement homes, assisted living facilities, or any kind of geriatric care. Instead, children cared for their parents in their old age. Unlike their U.S. counterparts, Mexican elders were rarely troubled by loneliness.

Analogously, Dr. Chelamkuri explained that in her native India, the young are expected to care for the old. She recounted a story of her uncle, a general surgeon well acquainted with the medical field, who refused to go into a hospital near the end of his life. Instead, he opted to live out the rest of his days in the comfort of his home and surrounded by his family.

In the United States, Chelamkuri notes, things are different. A patient's wish to die at home is often at odds with their family’s expectation. When raising the idea, patients often gaze hopefully at their loved ones’ faces for signs of approval.

Dr. Chelamkuri recalled working with a patient and family whose culture was averse to discussions about death: “They believed that by talking about death, you bring death to those around you.”

In these situations, palliative care physicians walk a fine line. On one hand, they must respect the family's values and preferences. On the other, they must help them accept the prognosis and the patient's limitations.

Many families have unrealistic expectations about end-of-life care. They think accepting comfort care means giving up. They would rather a physician do everything possible to sustain life. So they resist discussing other options.

Other times, the decision to extend life stems from a sense of guilt. Family members regret not spending time with the patient while they were well. They favor treatments that promise more time, regardless of the quality of that time.

Ultimately, unless decision-makers put the patient at the center of the process, they risk prolonging their loved one's suffering. A family may decide to relieve an elderly patient’s dysphagia with a feeding tube. Meanwhile, research shows that tube feeding in this population rarely prolongs life. And it certainly doesn't improve the patient's enjoyment of those final days.

It is through encounters like these that Dr. Chelamkuri learns the most about families and how culture shapes their relationships and experiences. Her patients are representative of the vast, rich tapestry of human diversity. "I learn more from my patients than they do from me," she says.


In my experience, physicians are held in such reverence for their ability to preserve and prolong life, we often forget that no pill will cure aging. Perhaps it is because the alternative is simply to accept our mortality, which is unfathomable and frightening to think about. Accepting death feels like giving up on those we love. So instead, we lie to ourselves and the patient, because that is supposedly the less painful alternative.

The underlying theme in palliative care, however, is to modestly approach death with the concession that a full recovery is not always on the table. Palliative care embraces the possibility that patients can live their last days with comfort and fulfillment.

Earlier this year, a doctor presented the option of comfort care for my terminally ill uncle. Unfortunately, the physician could not effectively explain how these measures would prevent and relieve suffering while improving quality of life.

Needless to say, my family scoffed at the idea. They were convinced that my uncle would go to hell if he accepted comfort care. In their minds, the doctor's proposal amounted to assisted suicide — an egregious sin that is condemned in Catholic doctrine to a further extent than murder.

As much as we should aim to respect patient autonomy, the reality is that family and caregivers have just as much a say in what happens to their loved one. They can indirectly guide the patient’s decisions regarding care or make the final decision themselves when the patient becomes too incapacitated to act.

This is why Dr. Chelamkuri advocates for family involvement from the start. She presents end-of-life options to both the patients and family to avoid confusion, address concerns, and make sure that everyone is on the same page about the patient’s wishes.

As the ultimate patient advocate, a palliative care physician can function as a voice that is not enraptured by the torrential stream of emotions that permeate discussions within families that are coming to terms with a loved one's life-limiting illness.

The palliative care physician helps families and patients understand that death isn't something to run from. It's just another stage of life. And depending on our choices, it can be positive or negative.

That realization for me was simple, poignant, and powerful. The challenge for all of us is to view the acceptance of death as necessary, not as cowardice or capitulation.

Was the concern about my uncle going to hell just a means of masking our inability to say goodbye and accept reality? After watching him suffer through his last few months, I can look back and answer with a resounding yes.


Life is an intermediary stage. Regardless of our philosophical or religious beliefs, our bodies are composed of matter that eventually decays into its elemental forms.

One could argue that our minds are made up of a celestial substance that is separate from the physical body. However, science suggests that when our body gives out, our minds soon follow (assuming we define consciousness as brain activity).

Similarly, after the brain is damaged — whether by trauma or Alzheimer’s disease — mental faculties deteriorate as well. If the mind and body were truly separate entities, this would not be the case.

Working in the ED has exposed me to many cases where the principles of palliative care can help families and patients more than curative medical interventions.

Sometimes, more can be done to ease anxiety and limit suffering with a reassuring voice and a listening ear than with the scalpel or a pill.

Ultimately, my goal is to one day practice this intriguing specialty. But in the meantime, palliative care reminds me to never lose sight of the healing and human side of medicine.