The Patient Journey: Medicine Without Walls (Part 1 of 2) 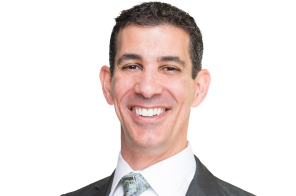 Theo Koury, MD, is President of Vituity. Before this appointment in 2017, he served as Vituity’s Chief Operations Officer. Since joining the Partnership in 1997, he has also held the roles of Vice President, Regional Director, and Medical Director, and has served on the Board of Directors.

In his role as President, Dr. Koury oversees the company’s financial and infrastructure strategies essential to fulfill the enterprise’s mission of empowering healthcare providers to deliver exceptional and innovative care across more than 500 service locations nationwide.

He is a practicing emergency physician having previously served as the Medical Director, and chaired a multi-disciplinary hospital committee to improve transition of care throughout the in-patient experience.

Dr. Koury holds a bachelor's degree in biology from University of Southern California and a medical degree from Eastern Virginia Medical School and is an American College of Emergency Physician Fellow. He completed his residency in emergency medicine at the Eastern Virginia Graduate School of Medicine, where he served as Chief Resident, elected to the Alpha Omega Alpha Honor Society and received the John P. McDade Award for Research in Emergency Medical Care.

The year's end is a great time to reflect on the past and envision the future. Healthcare has certainly weathered many challenges in 2015. But there are also some exciting possibilities on the horizon.

The rapid change bombarding our industry is driven by four converging factors:

For administrators and providers, the pace of change can be overwhelming. We've probably all had moments when we can't imagine how we're going to continue to improve care while at the same time decreasing costs and meeting the growing demands of consumers and regulators.

This mindset is understandable. But it makes it difficult to see the opportunities that lie ahead.

When we're overwhelmed by the demands of the moment, it sometimes helps to step back and take a look at where we've come from. Reflecting on our past struggles and victories can help to put today's challenges into perspective — and refocus us on the possibilities.

So for our final post of 2015, I'd like to take a trip back in time to see how healthcare has evolved over the past 100 years.

Age-adjusted mortality rate (per 100,000 population): 2,518 (1900)
Characterized by: No integrated system of care, minimal technology and medications

Image credits: "Five surgeons participating in the amputation" and "L0027389 (Measles Pamphlet)" by Wellcome Trust licensed under CC BY 4.0.

Before the early 20th century, there were no antibiotics. In fact, there were very few medications at all, and vaccinations were rare.

People died of simple infections that today we don't even think twice about. And because of the lack of immunizations, many children died of and were maimed by preventable diseases.

The only widely available medications were potions and cure-alls sold in local drug stores. One of these was Coca-Cola, a drink purported to relieve exhaustion. The key ingredient was cocaine. (You see why it worked, right?)

Another example: before the Bayer pharmaceutical company invented aspirin, they commercialized a medication they named heroin. It was originally created as a cough suppressant. But they soon found that it also took away pain and made people feel strong. They derived its name from the German word for "heroic."

If you had a severe fracture or injury to your extremity, amputation was often your only alternative. Your anesthesia was to bring along two or three friends to hold you down. (If they were good friends, they'd give you a couple shots of whiskey to numb that pain.) And because there were no antibiotics, chances were good you'd still die of an infection.

Hospitals weren't places you went to get treatment. You only went there if you needed to be quarantined or were so severely ill you were expected to die there.

This era saw the discovery of antibiotics, notably penicillin and sulfa drugs. With them, we could treat simple infections that would have been fatal just a few years earlier.

Technology also began to enter healthcare. The first EEG was developed in the 1920s. In the operating room (OR), anesthesia took a step forward with the development of epidural administration in the 1930s. Immunization rates increased across this period, preventing many deaths in children.

Care may have been low tech, but it was very well integrated. Your family physician or town doctor would come to your home if you got sick. If you were severely ill, he would follow you into the hospital, where he was generally the only one to care for you throughout your stay.

In this era, many people still died in hospitals. Hospital patients were pretty sick, and the wide open wards weren't the greatest for infection control. But with advances in curative treatment, more and more patients did make it home. And if you were one of the lucky ones, your doctor followed you and took care of you there as well.

Hospitals were changing. Some still had open wards, but "private" rooms were becoming more common. (Private in this era meant four beds.)

For the first time, medical specialists emerged in large numbers. Cardiologists, gastroenterologists and many others worked alongside primary care physicians to care for hospital patients. However, providers often failed to communicate or collaborate about the patients they shared. As a result, healthcare delivery began to fragment.

Most hospitals now have private rooms that are truly private, with only one bed. And what a bed it is. It's so technologically advanced, it can actually speak to the patient in different languages and interpret for the staff and caregivers.

Technology has advanced almost beyond imagination. Not only have organ transplants become common place, but we're also able to grow human tissue in a petri dish. Soon, we may be able to grow an entire heart rather than waiting for a donor.

In the OR, robot-assisted surgery allows us to operate with unprecedented precision and delicacy.

When we needed lab work done, we used to send patients to have three vials of blood drawn. Running the panels took an hour. Now we can run the same tests with just a few drops of blood at the patient's bedside — and have the results in two minutes.

In fact, needles may soon be a thing of the past. Google is developing a contact lens for diabetic patients that will measure the glucose levels in their teardrops (which correlates with blood glucose.) It then transmits this information wirelessly to the person's insulin pump to continuously regulate insulin levels.

At the turn of the 20th century, Bayer developed aspirin. One hundred years later, scientists are working on an "electronic aspirin," an implantable medical device that blocks the neurotransmitters responsible for certain kinds of headaches.

Thanks to all of these advances, mortality has declined 60 percent since 1930. On the other hand, runaway specialization has left care badly fragmented. Patients with complex illness must navigate a maze of specialists, consultations and care settings. Lack of care coordination has resulted in wasted resources, safety concerns and truly frightening cost inflation.


Which brings us full circle.

We recognize that the only way to deliver great care for our patients is to integrate our services so that we seamlessly transition our patients across the care continuum. To accomplish this, we must completely redesign the way we deliver healthcare.

Sure, that's a gargantuan task. But as I hope this exercise has demonstrated, we've faced challenges before. We've eradicated diseases. We've enacted Medicare. In just over a hundred years, we've taken medicine from amputations and tree-bark derivatives to robotic surgery and electronic aspirin.

So now that we've put our current challenges in perspective, where can we go in the next 100 years? Well, let's start by envisioning what the first 20 might look like if we embrace the possibilities before us.

Next time (and next year) on Perspectives.