The Myth of the Preventable Emergency Visit 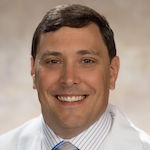 Thomas Sugarman, MD, FACEP, FAAEM, is a Past President of the Alameda Contra Costa Medical Association and of the California Chapter of the American College of Emergency Physicians. He is Co-Chair of the East Bay Safe Prescribing Coalition. He is the Senior Director of Government Affairs for Vituity. He holds a bachelor's degree from Princeton University and a medical degree from University of Illinois at Chicago. He completed his emergency medicine residency at Harbor-UCLA Medical Center. Dr. Sugarman has practiced emergency medicine with Vituity since 2001 and was chosen by the Sutter Delta Medical Center emergency department as Doctor of the Year in 2005.

"Do (patients) know the difference necessarily between heartburn, heart attack, a blood clot in my lungs and a sore rib? These people shouldn't be sitting at home trying to self-diagnose. My worry is, the message we're going to be sending is the wrong message, which is, you should not be coming to the emergency department; you should be staying away."

Across the country, emergency rooms are grappling with crowding, long-wait times and dwindling reimbursements. What's more, some studies have suggested that as many as 40 percent of emergency department visits are "avoidable," meaning they could have been safely delayed or handled in the primary care setting.

In response, some cash-strapped states have sought to cut their Medicaid costs by denying or reducing payments for non-urgent ED visits. Under these policies, a patient with chest pain who turns out to have heartburn, or parents of a feverish baby who's diagnosed with a mild ear infection, could be saddled with all or some of the visit costs.

In 2011, the Washington state legislature threatened to limit Medicaid beneficiaries to three "non-emergent" ED visits per year. Diagnosis with one of 700 excluded conditions (including shortness of breath and "nonspecific" chest pain) would count as a "strike" that would put the patient's benefits (and the provider's reimbursement) at risk. Other states, including Texas and Florida, have proposed similar measures.

On the surface, this may seem reasonable. After all, we have a responsibility to protect our finite resources. What's more, the ranks of Medicaid are set to swell under ACA-mandated expansion. So shouldn't reducing avoidable ED visits be a priority?

Well, no. As I laid out in my recent opinion piece in Western Journal of Emergency Medicine, there is little evidence that diverting non-emergent Medicaid patients from the ED will save the states a significant amount of money. What's more, such policies will put vulnerable patients at greater risk.

Let's start with the scope of the problem, which appears to be far smaller than commonly believed. A rigorous 2009 study by Raven and colleagues — which analyzed data from 35,000 patient visits and took into account both chief complaint and discharge diagnosis — found that only 6.3 percent of emergency department visits could be truly classified as non-emergent. Another study by Honigman and colleagues put that figure at 10 percent.

Any way you cut it, the weight of the evidence suggests that most ED patients need to be there.

Then there's the issue of costs. Emergency departments account for less than 4 percent of the $2.4 trillion spent on U.S. healthcare. Diverting non-urgent patients to other settings would have a nominal effect — less than a fraction of a percent — on overall healthcare savings.

There's also our responsibility to patients. No reliable method has been validated to prospectively determine which ED visits are avoidable. The Raven study above found that the chief complaints associated with a "primary care-treatable" complaint were the same as those associated with critical illnesses. What's more, Honigman's results suggest that even those patients eventually dubbed non-emergent required considerable ancillary testing and intervention.

In other words, one chief complaint can lead to many diagnoses. It's unreasonable to expect patients — and the providers who treat them — to divine this outcome ahead of time.

That doesn't mean that emergency departments shouldn't be working to streamline their costs and reduce waste. Emergency physicians in Washington responded to the state's heavy-handed policy by proposing their own solutions, which were subsequently adopted statewide.

Preliminary data suggests that the program will save the state $31 million in its first year — not to mention provide much needed assistance to medically vulnerable patients.

Healthcare reform will fundamentally alter ED care delivery. Rather than investing in risky programs that divert patients from potentially life-saving care, let's focus on adding value through cooperation and coordination. By moving from episodic to coordinated care delivery, we can ensure the strongest possible safety net for our most vulnerable patients who may have nowhere else to turn.