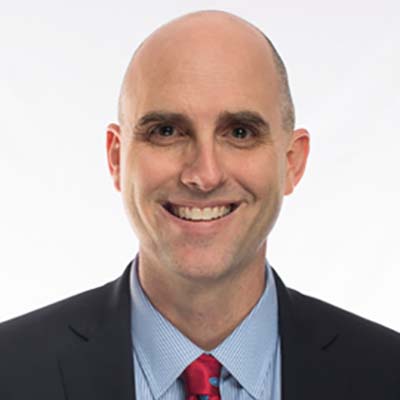 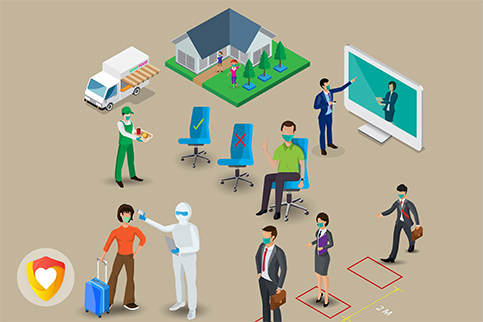 “Should states reopen their economies, even as the coronavirus continues to spread?” It’s a question that’s been on my mind as an emergency physician in Seattle, the first U.S. epicenter of the pandemic. How much should we distance versus how much should we engage?

As a doctor, you might expect me to come down on the side of public health and focus on distancing. And to a large degree, I do. Knowing what we know about COVID-19, I don’t believe we will truly return to “normalcy” until our population achieves herd immunity. Ideally, this will be accomplished through a vaccine — not by allowing the disease to spread widely. (Assuming a conservative 50% infection rate and a mortality rate of 0.5%, this would result in 820,000 U.S. deaths — a staggering cost for getting back to life as usual.)

However, I’m also sympathetic to the economic argument for engagement. It’s difficult to imagine the impact of keeping 33 million people out of work for another year or two. This is not just a question of cutting back on luxuries or delaying a new car purchase. A recent poll suggests that young children are already experiencing unprecedented levels of food insecurity. Add to that the threats of eviction, utility shut-offs, increased domestic and child abuse, and exacerbations of substance abuse and mental health disorders, and the human cost of a prolonged shut down becomes unconscionable. Not to mention the ramifications of patients delaying routine and emergency medical care, for fear of virus exposure despite the safety measures hospital have put in place to safely deliver care for all medical conditions.

The course of the pandemic over the next few years will likely hinge on individual and community decisions. So how do we strike the right balance between distance and engagement? I wish there was a magic bullet that I or anyone could offer as a solution. But even a “good” outcome is likely to be messy and prone to setbacks and occasional resurgences of disease.

In today’s post, I’ll share some thoughts on how we can all navigate this conflict between distancing and engagement with empathy, rationality, and an eye toward the common good.

With so much riding on physical distancing, it’s easy to negatively judge the crowds flooding local beaches or neighbors throwing a party during quarantine. However, each of these people is banking on a logical assumption: If I catch the virus, I’ll be fine.

We won’t know that exact mortality rate of COVID-19 in the United States until we can conduct widespread antibody screening. But the evidence so far suggests that it’s under (and perhaps far under) 1%.

So even if the virus were to burn through our population, you, myself, and our loved ones would almost certainly be fine. For most of us, the psychological dangers of isolation and the economic dangers of a prolonged recession are far more immediate threats than the disease. Given this, it’s amazing that we’ve achieved the level of distancing that we have.

On the other side of the coin, we have the hundreds of thousands of Americans who will die if we end distancing and allow the disease to spread unchecked. Chances are, you and I won’t be among them. But let’s say I catch the disease and spread it to five people who each spread it to five more in an interrupted line of transmission. I’ll be responsible for at least one death.

While its absolute death rate may be “low,” COVID-19 is already causing a shocking loss of life, with more than 80,000 reported deaths in a few short months. It’s currently the third most common cause of death in the United States behind heart disease and cancer, both of which take around 250,000 lives per year.

It was easy to comprehend the mortality risk of COVID-19 when it was raging through New York City, and hospitals were placing bodies in refrigerated trucks. However, I expect that coronavirus deaths will become less visible as the pandemic wears on, and the death toll is spread across the country.

Pandemics are like forest fires. Each infected person is a match. The magnitude of the resulting fire depends on the size of the forest, the density of the trees, the speed of the burn, and of course the weather conditions.

Wuhan, China experienced an intense but localized conflagration. Due to a restrictive lockdown, the infection burned through the city, caused many deaths, and left few trees (uninfected individuals) standing. The rest of China, including massive population centers like Beijing and Shanghai, are still vulnerable to fire. But it seems that the strict Wuhan lockdown wiped out any burning embers floating in the air.

The United States, a culture that strongly values personal liberties, has been a different story. It’s probably safe to say that Americans would never tolerate a China-style total lockdown. As a result, we’ve seen the disease spread across the entire country.

New York City is America’s most vulnerable forest. Nowhere else equals it in terms of population density and usage of public transportation. But across the country, we’re seeing flare-ups in smaller “forests” like rural communities, prisons, nursing homes, and meat-packing plants. These are localized, and none are as dramatic or widely reported as the situation in New York. But taken together, they add up to thousands of deaths a day across the 50 states.

This is the state of our “new normal,” and the future for which we need to prepare.

The answer depends on where you live. The fight against the virus has shifted from the federal government to states and local communities, which isn’t a bad thing. The response in a large city will necessarily look different than that of a more rural community.

My guess is that some areas will do a better job than others of tamping out fires and snuffing out embers. This will be achieved through careful surveillance and contact tracing. Authorities might routinely test public school students, hospital and nursing home patients, correctional facility inmates, and even members of the general population. Such programs will require financial investment, a stable supply chain, a large workforce, and general goodwill from the public.

Based on this surveillance, it’s likely that some communities will close temporarily to extinguish any forest fires that pop up. My best guess is that areas that continue to adhere to some form of distancing will be less volatile in that regard.

Thinking bigger than ourselves

This is a bitter pill for all of us who are craving a quick return to pre-COVID normalcy. To preserve life and promote the common good, we must prepare for a long fight and a very different lifestyle with a careful between distancing and engagement.

The good news is that we now have many resources available to us that enable us to engage during isolation. Technology makes this a very different pandemic than the Spanish Flu of 1918 or even the polio outbreaks of the 1950s. We can watch Netflix instead of going to the movie theater. We can order takeout instead of eating in a restaurant. Facetime and video conferencing keep us virtually connected to schools, work, and loved ones. And hospitals are equipped and ready to safely deliver acute care and preventative medicine to keep our society healthy.

Ultimately, when it comes to COVID-19, we will write our own story. Will we slow the spread until a vaccine can be found? Or will a rush to return to a “normal life” that no longer exists lead to tragedy? The answer will ultimately depend on our ability to think beyond ourselves and strike the right balance between distancing and engagement.