The ACA and the ED Are Closely Intertwined 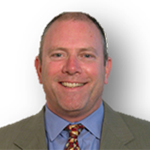 Going back to the Truman administration, after every failure to enact healthcare reform at the federal level, it has taken another 15-20 years before there is enough political will to try again. Regardless of how one feels about the ACA, I don't know anyone who thinks we can wait that long to fix a system that is so expensive and so dysfunctional.

I was not surprised that SCOTUS did not invalidate the entire ACA, but had expected the individual mandate and perhaps some of the other private insurance reforms to fall, based on the fairly negative comments about the Commerce Clause defense by a majority of the justices during the hearings in March. However, to the extent that emergency physicians provide more uncompensated care than any other specialty to tens of millions of uninsured Americans every year because of EMTALA, any credible attempt to expand access to coverage is a positive for EDs and many of their patients in every community.

It will be hard to know how the ruling impacts emergency medicine (EM) until the results of the election in November define control of both houses of Congress and the White House. I think it is likely that a number of popular or voluntary elements of ACA would still be implemented by Romney and a GOP-controlled Senate and House. How EM is impacted really depends on which parts of ACA are funded in 2014. That will depend on what happens during the lame-duck session at the end of this year, or more likely early 2013, when the new Congress and White House work through the fiscal issues surrounding the federal budget, debt ceiling extension, and the expiration of the Bush tax cuts.

Elections and budgets aside, my best guess is that we will see a kind of mosaic in red and blue states with variable degrees of implementation of the state insurance exchanges and Medicaid expansion, driven by the politics of healthcare in each state, and each state's relationship with the federal government. There will almost certainly be additional litigation to determine what the SCOTUS decision means for employers, state Medicaid programs, and states that opt out of running their own exchanges. California, where I live and practice, is full-steam-ahead on its own exchange and Medi-Cal expansion. Texas, on the other hand, has already announced it will not implement either, despite 25 percent of the state population being uninsured.

I like to tell people that healthcare reform would be easy if emergency physicians ran the entire system. Because of EMTALA, we are the only medical specialty that already has 25 years of experience of addressing the triple aim of healthcare reform for the entire US population - equitable, timely, patient-centered care of uniformly high quality - for only 2 percent of total system costs, across the Acute Care Continuum.

Since the ED is the hub between community-based providers and sophisticated, hospital based technologies, and we are the nation's premiere experts in evaluating whether our patients need to be hospitalized or can safely be managed with a less costly transition in care, I am supremely confident that emergency physicians will be a big part of the ultimate solution to the problems we face.