Putting the Caring Back Into Patient Care Amidst the Opioid Epidemic 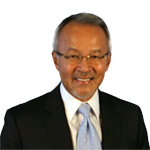 Director of Quality and Performance for Risk

Michael Sequeira, MD, serves as Director of Risk Management for Vituity. He previously served as Regional Director and as an elected member of the Board of Directors.

He has previously served as President of the Oregon chapter of the American College of Emergency Physicians and a board member of the California Medical Association. He currently serves as president-elect of the San Bernardino County Medical Society.

Dr. Sequeira is a clinical faculty member at the medical schools of University of California, Riverside and the Western University of Health Sciences.

The United States is in the throes of an opioid epidemic. It is a health crisis that knows no boundaries and it is putting a level of strain on ED providers that is unprecedented. As a result, chronic pain patients sometimes fail to get the care they need, not only to their detriment but to that of providers and even hospitals.

To add to that crisis, these very same chronic pain patients create emotional and cognitive challenges, which threaten the ED clinical practice and their own safety, leading to a perfect storm of adverse events.

A 50-year-old, moderately overweight male comes into the ED during peak admitting hours, screaming in agony from lower back pain. It’s hardly his first visit. Rather it’s his third this week and eighth this month, and the month is only half over.

He tells the admitting nurse, who knows him by name by now, that his pain on a scale of 1-10 is 20 and that he’s allergic to non-narcotic pain medication. He demands a Dilaudid shot—he even specifies the dosage.

But the ED is packed, and he’s coming in on the heels of a long line of patients complaining of back pain, who have already shown up that night seeking relief from their withdrawal symptoms. Deepening the cognitive bias of the staff is the regularity of his ED visits, which has landed him in the so-called “frequent flyer” category. The focus of the staff is on making sure that the providers are aware he was just here for narcotics, and that he should not get them!

Finally one of the doctors, ignoring the pressure just to send the patient home, takes a cognitive pause, goes back to the patient, and discovers that the patient is having numbness in the saddle area of his legs.She notices as well that he can't get up, and that he’s been incontinent of urine. She diagnoses him with Cauda Equina syndrome. In doing so, she learns that the numbness and incontinence were not new symptoms, and that it now may be too late for vitally necessary surgery to treat the condition and permanent neurologic damage.

But against the backdrop of the opioid epidemic, his frequent flyer profile means his condition has gone undiagnosed until now. The patient subsequently ends up with severe nerve damage to his legs. He will require a Foley catheter for the rest of his life, and will have difficulty walking as well.

Shortly after being discharged, he files a malpractice lawsuit against both the provider and the hospital.


Pausing to Offer Care in a Crisis


Opioids killed more than 28,000 people in 2014 alone, more than any year on record according to the Center for Disease Control (CDC). And at least half of all opioid overdose deaths involve a prescription. As such, the CDC along with the AMA, HHS, CMA, and others have made addressing the opioid epidemic among their top priorities, with many issuing guidelines for care.

Vituity has also put together a list of guidelines designed to set compassionate limits on the administration of opioids and/or sedatives in the ED that hospitals can use to help create their policies.

But we’re taking it a couple of steps further. We're creating an approach to opioid abuse and chronic pain that allows providers to take a “cognitive pause” by asking a set of key questions designed to identify non-addiction-related medical issues and emergencies in these situations.

Such pausing can eliminate the cognitive bias ED staff tend to exhibit toward so-called “frequent flyers,” those patients who repeatedly seek pain relief in hospital emergency rooms because they’re not getting adequate care via outpatient therapy. While it’s being designed to address opioid abuse and chronic pain specifically, the cognitive pause framework can be applied in other diagnostic situations to prevent cognitive bias there as well.

It’s important that patients don’t feel judged. Which is why here at Vituity we’re also rolling out a program designed to enable providers and staff to not just set compassionate limits, but to treat both pain patients and opioid addicts with more compassion, period.


In order to ensure that no chronic pain patient goes undiagnosed, hospitals need to put in place a comprehensive policy that ensures all patients seeking pain relief are treated with empathy and compassion. Providers, in turn, need to be both supported and even rewarded by hospital administrators for taking an approach of compassionate caring.

Approaching patients who are seeking pain relief—regardless of their motivation— with empathy and compassion and actually listening to and analyzing their complaints — is especially important amidst the opioid epidemic. Doing so helps providers employ a cognitive pause, thereby facilitating accurate and timely diagnoses of underlying disease. And it upholds patient dignity, something to which every patient has a right.

We're currently working on a more comprehensive approach to patients with chronic pain and substance abuse, especially medical or iatrogenic substance abuse, where we basically include non-opioid modalities in treating the addiction and/or the chronic pain syndrome as real diseases, not stigmas. After all, there’s no reason for those patients to feel like they have a character flaw just because they’re suffering from these conditions. And maintaining patient dignity is one of the cornerstones to successfully bringing them into a program which can effectively control and treat both of their problems: chronic pain and opioid addiction.

Treating patients with compassion leaves them with a positive experience. And a positive patient experience, while less tangible than an HCAHP reimbursement, is even better for the hospital’s bottom line. For one, it dramatically reduces the chances of litigation. And two, satisfied patients yield revenue through their loyalty and subsequent referrals—and, by extension, PCP referrals—all of which serve to boost volumes and market share.

Finally, a positive patient experience grounded in compassion upholds Vituity’s culture of caring, which is based on our belief that patients should be at the center of every decision we make.


The opioid epidemic is making both patients and providers feel like they are at war. Patients, on one side, are desperately fighting for relief amid an atmosphere of judgment. They often think they have to exaggerate their symptoms in order to get the pain relief they need. And they do need relief, sometimes from withdrawal and sometimes from an as-yet undiagnosed disease that is causing them chronic pain, such as Cauda Equina.

Providers, on the other side, feel burdened by the depth of need that opioid addiction creates in patients, in some cases to the point that they feel like they’re being prevented from doing their jobs properly. Many also feel like they’re contributing to a problem they’re genuinely trying to help solve.

We believe the war is unnecessary, and that it can be won with compassion.