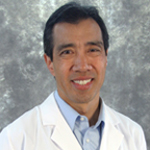 This week on Perspectives, we're counting down our most popular posts of 2013. Last May, Steven Brill's "Bitter Pill" expose in Time magazine changed forever the way consumers think about healthcare costs. So it's no surprise that this piece by two emergency physicians racked up over 8,300 clicks. Reposted for your enjoyment … Perspectives' #1 post of 2013.

Looking at hospital pricing today means trying to understand a system that is grossly inequitable. Is it fair that each individual hospital can create its own pricing model and not share it with the customer?

It is now coming to light that hospital pricing varies wildly from state to state, district to district, and even hospital to hospital. For example, on May 8 of this year, CNN Money reported that the average bill for treatment for a heart attack without major complications in Danville, Ark was $3,334, while in Modesto, CA the same diagnosis led to an average bill of $92,057.

When the Centers for Medicare & Medicaid Services (CMS) recently released data on Medicare charge data across the country that included a spreadsheet with over 163,000 rows, economist Uwe Reinhardt wrote an opinion piece for the New York Times and quoted the CFO of the UC Davis Medical System as saying “there is no method to this madness.” Reinhardt said that he is so bewildered by all this that he has trouble “suppressing a smirk” and that American Health Care is a “source of humor.”

The current state of this tacit agreement to look the other way from a hospital pricing system that approaches the Wild West is even more bewildering to me today than it was when I started practicing medicine 40 years ago. Patients who need medical care, especially those without health insurance or with very high deductibles, deserve a pricing model that is transparent. A physician I greatly admire, Gary Li, MD, former President of the South Bay Emergency Medical Directors Association, has agreed to join me in a conversation and a multi-part series about the present and future of hospital pricing transparency.

Weeker: Let me start by asking a general question to anyone reading this to introduce this topic: have you ever had a serious medical problem where you had lots of medical bills? When you started getting bills from all the doctors and places of treatment, did you find yourself saying, "What's going on? Who is paying for what? And what do I owe?"

Li: Many of us are having that experience these days -- the issue has been all over the media. For example, the New York Times (Hospital Billing Varies Wildly, Government Data Shows) and Time Magazine (Bitter Pill: Why Medical Bills Are Kills Us) have published hard hitting articles on the subject. It is only a matter of time before there will be a push for regulations to make hospital pricing more uniform and transparent. But the question arises, is it only in medicine that pricing is inconsistent and opaque? If you fly on a plane, you do not know how much the person sitting next to you is paying. It may be a third of what you are paying! Same thing with hotels.

Weeker: Good point. But at least when shopping at hotels.com I can go to a hotel of MY choosing. When I am sick, I get whisked off to a hospital chosen by the EMS that transports me.

Li: Well, and another difference from other industries is that with medicine not only do you not know what the guy next to you is paying, you frequently do not know what you are paying! No question that this seems illogical to most people. That brings up the question of where emergency medicine fits into this. If patients have chronic arthritis in a knee and need a knee replacement, they have plenty of time to shop around and anticipate costs if pricing is transparent. In an emergency situation, by contrast, care required and costs are not predictable. The patient comes in with leg pain or chest pain and we often need testing to diagnose the problem. We frequently can’t tell the patient up front what testing will be required or what will need to be treated, and so we cannot tell the patient what the costs will be. In the ED, efficiency, flow, and time are of the essence. If completely transparent price disclosure was mandated for every patient in the ED, in the heat of the visit someone would have to tell each anxious and suffering patient, here are the risks and benefits of each test, and here is how much each one costs. Now, do you want the EKG? Do you want the CT? Do you want the blood work, do you want the urine test, do you want this treatment, or that treatment? Also, how does price disclosure fit in with EMTALA when financial coercion is considered a violation? We’ll have to figure out how to balance reasonable disclosure and a rational pricing structure with the realities of emergency care.

Weeker: Adding complexity to that, Gary, you were telling me about a surgery center where the doctors owned a piece of the action. Their prices for a procedure that usually costs $5,000 was $50,000. And strangely enough, the insurance companies were paying! The government needs to mandate that all these prices have to be published. Then the patients can put pressure on their doctors to be aware of costs when they make referrals, and to help them minimize expenses.

In 2009, the California Supreme Court ruled that ER physicians who have not contracted with a health maintenance organization (HMO) may not bill the HMO’s members for the balance of the physicians’ billed charges that were not paid by the HMO. This outlawing of “balance billing” is a step in the direction of making charges predictable for patients and holding down costs.

Clearly, the current lack of pricing logic and transparency in hospital charges is inconsistent with Obamacare and the movement towards a more uniform health system across the country. Stay tuned for more on how this system emerged, what the pricing system will look like in ten years, and how the Acute Care Continuum fits in.

In this series:
Physicians Discuss Price Transparency in Medicine (Part I)
Perspectives on Hospital Pricing: Where Did This System Come From? (Part II)
Envisioning Transparency 10 Years From Now (Part III)
The Impact of Increased Transparency on the Acute Care Continuum (Part IV)

Ellis Weeker, MD, FACEP, is a founding partner of Vituity and previously served on the Board of Directors. He is a Vituity Vice President and a staff physician in the Emergency Department at Good Samaritan Hospital in San Jose, California. Dr. Weeker is also a member of the Santa Clara County Medical Association. He received his Bachelor of Science from Tulane University and medical degree from Louisiana State University Medical School in New Orleans. He completed his residency in Internal Medicine at Kaiser Medical Center and Highland General Hospital in Oakland, California. He is a diplomate of the American Board of Emergency Medicine and a fellow of the American College of Emergency Physicians. Dr. Weeker was also a recipient of Vituity's 2005 Stewardship Award.