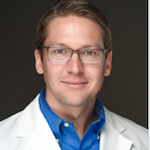 Dr. Tebb is the Medical Director of the Department of Emergency Medicine at St Anthony's Medical Center. The St Anthony's Emergency Department is one of the busiest in the State of Missouri. Dr. Tebb codirected the ED Transformation Team that helped the department reach best practice goals for door-to-provider and length of stay for admitted patients. He is currently the chair of the Excellence in Emergency Care Committee at St. Anthony's.

In 2016, Dr. Tebb was awarded the Vituity Innovation Grant to support development of a secure mobile application to enable physician-directed post-discharge patient contact.

Dr. Tebb received a Bachelor of Science in Sports Medicine from Pepperdine University and was a teacher at Centro Del Muchacho Trabajador in Quito, Ecuador, before completing his medical degree from the University of Missouri-Columbia. He completed his residency at Denver Health Medical Center/University of Colorado School of Medicine and is board-certified in emergency medicine. 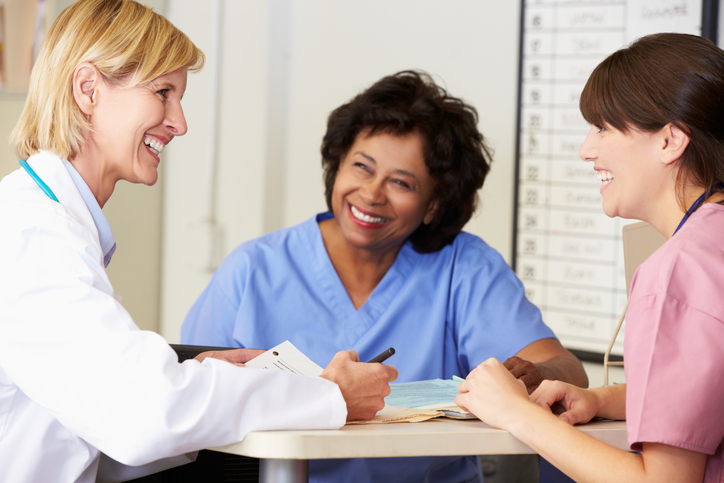 ED crowding is a perennial problem for hospitals across the country. It leads to poorer clinical outcomes. It irritates patients and hurts satisfaction scores. Long turnaround times impact core measures and ultimately revenue.

Yes, when it comes to improving ED operations, the stakes are high. But that doesn't mean the process can't be fun — even at a busy, high-acuity facility. In today's post, we'll look at how the team at St. Anthony's Medical Center in St. Louis boosted turnaround using an unconventional strategy: poker.

The following is adapted from a poster presented at Vituity’s 2016 Annual Partnership Meeting.


The St. Anthony’s ED team is nothing if not busy. They care for 80,000 patients annually. And this being a Level II Trauma Center, they see a lot of urgent, highly complex cases. These physicians, PA/NPs, nurses, and technicians rarely have time for a cup of coffee — let alone innovation and experimentation.

But things started to change when the St. Anthony's team participated in Vituity’s ED throughput collaborative. The program fosters rapid improvement through innovation, tests of change, and exchange of ideas.

The St. Anthony's clinical leaders set the following throughput goals for themselves:


With help from Vituity Practice Management Consultant Debbie Poole, RN, the team assessed its strengths as well as its weaknesses. It concluded that its front-end processes were working well. Patients entering the ED were greeted quickly. Team members then used Rapid Medical Evaluation (RME)® to effectively speed patients to the appropriate level of care.

The sticking point, they concluded, was discharge. Once providers determined disposition, they put the discharge paperwork on the nurse's desk and went about their duties. In their mind, the case was finished.

But the patient still had to wait for the nurse to come along and perform the discharge. And if the patient had a question, the nurse might have to track down the physician for an answer. These end-of-visit inefficiencies could extend the patient's stay by an hour or more.

During the collaborative, the ED team learned about Vituity's Team Care philosophy. They were particularly interested in Team Discharge, a process in which the provider teams up with any available nurse or technician to rapidly discharge patients and free up beds.

To bring Team Discharge to St. Anthony's, they would need to convince providers, nurses, and technicians — who were already operating near maximum capacity — to step outside their comfort zone into an entirely new approach.


Back at St. Anthony's, ED Medical Director Zachary Tebb, MD, brought the idea to the Excellence in Emergency Care Committee. (EECC is a multidisciplinary process improvement group composed of representatives from medicine, nursing, ancillary services, hospital administration, and many more.)

The group loved the idea and started brainstorming ways to engage team members in the Team Discharge philosophy. Together, they came up with the idea of a Team Discharge Poker Challenge.

They decided to start with a two-week trial. Playing card dispensers (purchased online for $6) were stocked with decks and placed at each provider workstation. To drum up excitement, the committee hung fliers and talked up the initiative at shift huddles and meetings. The first prize up for grabs: a Yeti cooler.

Here's how the tournament worked:

The game was an immediate hit with the nurses and technicians. Soon they were seeking out the providers for Team Discharge (rather than the other way round.) A black market developed in which team members made deals and traded favors for needed cards. Suddenly everyone was angling to work in the fast track area, which can be quite demanding but discharges many patients.


After two weeks of fun and healthy competition, the team was employing Team Discharge in 75 percent of eligible cases. They also saw moderate gains in their discharge times and overall length of stay: 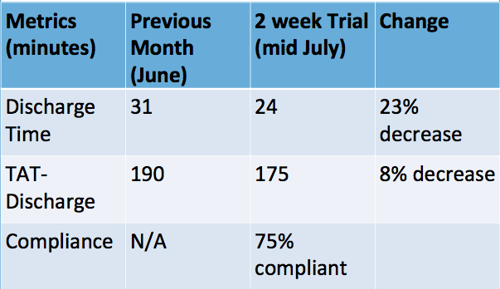 These improvements added up to increased productivity and ED capacity:

At the end of the trial, nurse Emma Stewart Varady claimed the Yeti cooler with a royal flush. To this day, she remains a passionate champion of Team Discharge. ("Seriously," Tebb says, "She will publicly shame you if she sees you put your paperwork on the desk and walk off.) 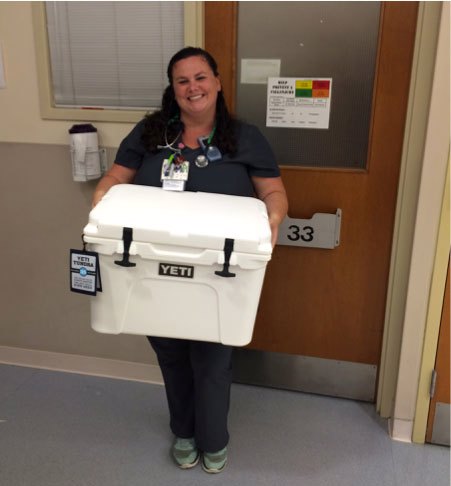 
Tebb and the St. Anthony's EECC team presented their poker tournament idea to the throughput collaborative, where it received a great deal of interest from the other participants. They felt the game had been a fun and effective way to improve turnaround and expedite discharges. In particular, it transformed would-be passive resisters into converts for the process.

For those interested in implementing a similar incentive program, they offered the following success tips:

At the St. Anthony's ED, the throughput gains made during the initial tournament have been sustained. The EECC committee plans to hold additional tournaments to reinforce the Team Discharge process.

They also hope to apply the card game idea to future initiatives. The tournament sparked a flood of creative ideas about how different games could be used. Blackjack hits for exemplary documentation? Rummy for handoff excellence? All of it could be coming soon to an ED near you.