Nation Receives a C- in Disaster Preparedness. Is Your Hospital Beating the Curve? 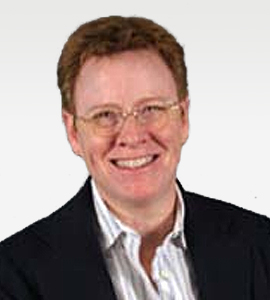 After completing her undergraduate degree at San Francisco State University, Shaun graduated from the PA program at the UC Davis School of Medicine in 1999.

Shaun was a member of the national Disaster Medical Assistance Team from 2001 to 2015. In this role, she deployed to New Orleans in 2005 to assist with the response to Hurricane Katrina. She currently serves as the Team Leader for her local Community Emergency Response Team (CERT).

As Hurricane Katrina bore down on New Orleans in 2005, local authorities and hospital administrators began to implement their disaster plans. Unable to evacuate an entire city, local authorities opened a shelter in what they hoped was a safe structure: the Superdome. Most of us remember the news coverage showing the outcome of that decision.

Hospitals, likewise, found that many of their plans were poorly conceived or inadequate to a disaster of that magnitude. Supplies and vital medications ran out, staffing was often short, patients had to be cared for without electricity and in the stifling heat. Communications were down. Evacuations were delayed and difficult. In at least one case, patients had to be internally evacuated from parts of a hospital that had flooded to its upper floors, leaving patients and staff without working elevators or even ventilators.

Throughout the Katrina disaster, individual physicians, PAs, NPs, nurses and other staff members were often absolutely heroic in their dedication to their patients and creative in jury-rigging solutions to unanticipated problems. Things could have gone worse.

But they could have gone better, too.

Disasters have a life cycle. Some of them, like Hurricane Katrina, have a prodrome during which there is warning of the impending catastrophe. Most don't. There is the event itself, of course, followed by rescue and then recovery. The impact and rescue are all over the news for a few days or weeks and then fade from the spotlight. But the recovery period may be a long one. Communities may have to rebuild, people may have to relocate or start their lives anew. New Orleans is still not fully recovered after all these years.

The recovery period is the time when planning and preparation for the next disaster occur. Hopefully, lessons are learned and specific hazards or shortcomings will be mitigated next time. And there will always be a next time — somewhere.

Unfortunately, our nation's ability to cope with catastrophe appears to be getting worse, not better.

On January 16, ACEP issued its latest report card on the state of emergency medicine, and Disaster Preparedness was given a C-. That is down from a not-exactly-illustrious C+ on the previous report card, issued in 2009.

The report card notes that disasters may be natural or man-made, regionally devastating or sometimes have only a local impact. (That's "only" if it's not your hospital or community!) Hurricanes, tornadoes, earthquakes, bombings, mass shootings, pandemic flu — these events play out rapidly or slowly, but all of them heavily impact the emergency department.

Which brings us to the question of the day: Is your department ready for a radiation event, large chemical spill or other catastrophe?

Actually, you may be more prepared than you think. Unless they've experienced a disaster firsthand, many administrators and providers aren't aware of existing support systems. Federal, state and local agencies all provide funding and regulations regarding disasters. These are coordinated on a local level with participation of EMS and area hospitals. Hospitals provide infrastructure, policies and procedures, training and create the memorandums of understanding (contracts, also known as MOUs), with local suppliers, transport companies and even other hospitals for mutual support.

Of course, the plan isn't necessarily communicated in-depth to the providers on the front lines or practiced in the form of drills. How well-equipped is your hospital to deal with a large surge? If you're not sure, you're not alone. Many providers are not even aware of their hospital's capacity for a huge patient surge or other plans for a major disaster.

There are other issues. At the federal-level, funding for disaster response has been cut substantially. There are fewer EDs and fewer ICU beds available to treat patients in a disaster. And even in times of calm, emergency departments are strained to capacity, with more and more patients coming through the door; with ED visits having increased by one-third between 1995 and 2010. That is just the "regular" patient volume.

And on top of all that, the number and variety of disasters has increased as well. Scientists have noted a trend toward increasingly severe storms, which can give rise to high winds and flooding.

It can be difficult to persuade hospitals and agencies, let alone individual providers, of the need to prepare. Planning for low-frequency, high-risk events is not sexy. No TV shows feature beautiful people sitting in Disaster Preparedness Committee meetings or standing before a legislative body asking for more funding. But that is exactly what needs to happen. Plans have to be periodically reviewed and updated, training must be performed regularly. Funding is required for all that and for perishable supplies that must be stockpiled and replenished. And at the back of our minds, we question spending time and money on preparedness that may never be put to use.

However, there is no way to handle a disaster adequately without being prepared. Would you want to run a code without having trained over and over for it, without knowing whether the equipment was available or in working order? Or whether there were going to be any meds available or staff to administer them? How about running several such codes at once? As in an everyday emergency, disaster preparation makes the difference between chaos and saving lives.

Emergency medicine physicians, PAs and NPs handle crises daily. We are the best-equipped of any medical providers to not only rise to the occasion of a real-time catastrophe but to prepare for one in advance. We all know our roles when the Big One hits (whatever the Big One is in your community), but we also need to be aware of our hospitals’ complete plans and procedures for all types of disasters and know what the local and regional plans are as well. We should be part of the preparedness committees and work on obtaining adequate funding and resources at all levels.

ACEP is a strong partner in working toward better disaster preparedness at the federal and state levels. To learn more or get involved, contact your state's chapter.