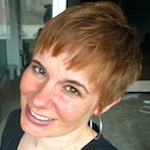 Sarah Maurer is Managing Editor of Perspectives on the Acute Care Continuum.

When Humana canceled my long-standing health plan in November 2014, I wanted to make a responsible choice as a consumer. I wanted to be a good steward of our healthcare resources. I wanted to support innovative coverage models that offered hope for lasting change.

Yes, I also wanted reasonable premiums. But I sincerely wanted the other stuff too.

So after weighing several options and conducting a truly nerdy amount of research, I enrolled in an exclusive provider organization (EPO) plan through Colorado's health insurance cooperative (Co-ops are nonprofit insurance companies that are initially established with federal funding. They're intended to provide an alternative to publically funded care as well as to promote healthy competition among payers.)

How exactly did this happen? And what does it say about the progress of healthcare reform? Well, as someone who has spent the past two months in the cogs of the insurance machine, here are my two cents.

On Black Friday 2014, I sprained my knee in a sledding accident.

As a part-time employee, I buy my own insurance. Generally this limits my options to the sort of mega-deductible plan that pretty much pays nothing unless you fall into the gears of a combine (or something of that nature).

For this reason, I spent most of December in denial, limping around, telling myself that it really wasn't so bad having a grapefruit-sized knee. (Which is cost containment at work, I suppose, but could also illuminate why countries like Dominica and Colombia rank above ours in public health.)

By the time my new EPO plan kicked in on Jan. 1, my knee still hurt, and I was genuinely worried.

It was time to take my shiny new EPO coverage for a test drive.

Before I say more, I suppose I should explain what an EPO is and why I chose one in the first place.

In essence, an EPO is an insurance product that minimizes costs by limiting care to a relatively small network of contracted providers – the “narrow networks” talked about in the news. This arrangement keeps premiums surprisingly low. The downside is that there's no coverage for out-of-network care (with the exception of emergency care). Because EPOs are affordable for consumers and less risky for payers, they're commonly offered on the new public health exchanges.

I chose an EPO for a few reasons. First, in my case, provider choice is a reasonable tradeoff for cost. I'm young. I don't have chronic health problems. And after years in high-deductible land, it's not like I see any particular doctor regularly.

Second, as I wrote in my previous post, I'm a big supporter of healthcare reform. I really think we consumers all need to do our part to control costs.

Finally, I feel that narrow networks have potential benefits for society. For healthcare reform to work, we need low-cost insurance options that attract young, healthy consumers into the coverage pool. There also need to be viable solutions for employers who want to provide insurance but struggle with the costs.

That being said, I also had some reservations. Working in the healthcare field, I'd heard rumblings about narrow networks for at least a year. And I was aware that California consumers were suing Anthem Blue Cross for misrepresenting the depth and breadth of its EPO network.

So before signing up, I spent an embarrassing number of hours on the co-op's website, researching its network and reading reviews on the participating doctors.

Convinced they had their act together, I went for it.

EPOs: Who's on First?

On Jan. 2, I made an appointment with one of the orthopedic surgeons listed in the co-op's online EPO directory.

About 30 minutes later, the surgeon's receptionist called me back. "Sorry," she said. "We don't participate in that EPO."

To say the least, I was not amused. "But you're on their website."

"Well, we're in their Banner EPO. But not their FirstHealth EPO."

The existence of multiple EPOs within the co-op was news to me. I called them to see what was up.

"Uh huh," the customer service rep said. "Yes, Dr. Smith is listed on the website. So you should be covered."

I tried to explain about Banner and FirstHealth.

"You should be covered," the rep repeated. Which made me wonder if she suffered from selective deafness.

I told her since I apparently wasn't covered, I wanted help finding an in-network orthopedist. She responded by pulling up the (incorrect) EPO listing on the website and reading me the names.

"He's a spine specialist. I need a knee doctor. Besides, your website has mistakes on it."

I hung up with no ortho appointment.

It took a shock-and-awe-style phone and email campaign plus the intercession of my insurance agent to dislodge more info from the co-op. Slowly, it became clear that: How a company in such a state of disarray actually managed to open for business still boggles my mind. To this day, it's still not clear whether there was deception at work.

But even if it was all gross incompetence, the end result was the same.

With no reliable way to know which providers were in-network, every new doctor visit would become a game of coverage roulette.

So can narrow network insurance products really work in the real world? And what (if anything) should be done to protect the consumers who choose them?

It's possible that many of the current problems with EPOs will work themselves out as insurers, providers and consumers become more familiar with the model. Following the Anthem debacle, a spokesperson from Covered California (the state health exchange) acknowledged the need for outreach:

"EPOs will continue to play a role [in the exchange]. But we're going to have to do a better job educating people about how these networks work. We recognize the EPO model can be confusing."

While I'm all for education, the major problem I see isn't ignorance of the model. It's a lack for clarity and transparency around the networks themselves. Several of the plaintiffs in the Anthem California lawsuit say they called their providers to confirm coverage. But because there was so much confusion around network participation, they often ended up paying out of pocket anyway.

One option to protect consumers would be to tighten regulation of the insurance industry. In January 2015, the state of California passed a series of emergency resolutions ordering payers to provide: As a consumer, I'd personally love to see these regulations formalized and applied to other state and federal exchanges. Yeah, it may be lame to rely on the government, but there's just no way for individuals to hold insurers accountable. Personally, I'd love to vote with my feet and leave the co-op. But I'm stuck until the next open enrollment.

How They Got Me in the End

So after about six hours on the phone repeating my story to more customer service representatives than I can count, the co-op finally offered me a solution.

If I didn't like their EPO, perhaps I should roll over into their PPO at twice the cost.

I called Kaiser to explore the possibility of switching (it was still open enrollment). To do so, I learned, I'd have to wait another month for my Kaiser plan to take effect.

I sat at my desk with my sore knee on a stool and pondered my unappetizing alternatives. Then, with much silent gnashing of teeth, I signed up for a Gold plan with the co-op.

I wish I could say that at least I'm getting better service for my money. Nope. I just returned from my third physical therapy appointment to an email confirming that yes, my therapist is indeed in-network. (A week ago, they claimed she wasn't. So I've spent the last seven days holding my breath.)

So I'm stuck with this Cadillac plan for a year. To justify the cost, I figure I might as well get every inch of me properly checked out and fixed. This is more than a little paradoxical considering that I started my EPO adventure largely in the name of stewardship.

I'd still be interested in joining an EPO if I can find one that actually functions well. But at this point, I'm really not holding my breath.