Like Spaghetti on the Wall: A Physician’s Mixed Feelings About Coverage Expansion 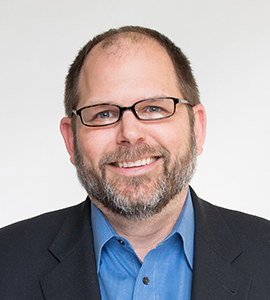 As Chief Operations Officer (COO), Dr. Birdsall is responsible for day-to-day operations across all service locations and specialties. In this role, he develops and implements operational initiatives aligned with the strategic direction of the organization. He also oversees Vituity's advanced provider practice.

Dr. Birdsall is a practicing physician and is board-certified in both emergency and internal medicine. Prior to his appointment as COO, Dr. Birdsall served as an Operational Vice President. In this role, he managed Vituity’s leadership development programs, including its Leadership and Medical Director Academies.

Dr. Birdsall received a Bachelor of Arts in biology from the University of California, Davis, where he also completed his residency. He earned his medical degree from Tulane University School of Medicine.

When I am at a gathering and someone finds out I am a physician, they inevitably ask how I feel about healthcare reform.

I typically tell them that reform is here now, whether I like it or not. I opine on ACOs and bundled payments. And by the time I reach Medicaid expansion and insurance exchanges, they either have a glossy-eyed look or are actively working out a way to ditch me.

This is good for me, because I am truthfully not sure how I feel about Medicaid expansion and insurance exchanges. As a doctor, I know I’m looked at as something of an expert in this area. But I don’t yet feel able to explain the impact to patients, much less curious laypeople. And with nearly half of the states expected to opt out of the Medicaid expansion — or leaving exchanges to the federal government — others clearly share my doubts.

On one hand, I like the idea of expanding coverage, as it allows folks to access primary care and get vaccinations, health screenings and the like. As an ED doctor, I like knowing that my patients are insured so I can arrange for outpatient follow-up once they’ve been stabilized. Expanded coverage also means that emergency physicians are more likely to be paid for our services, since uninsured patients are guaranteed care in the ED under EMTALA.

However, I’m still concerned on a number of fronts.

For one thing, there will still be 29 million uninsured people after the Affordable Care Act goes into effect. Depending on the path of immigration reform, undocumented immigrants may remain ineligible for Medicaid and the exchanges for fifteen years or longer.

Another concern: where will we get the primary care doctors and community resources to care for millions of newly insured folks? By 2015, our country will be short 30,000 primary care providers, and there are few incentives for physicians to enter the field. Many medical school students now graduate with over $300,000 in debt. Why would they go into primary care where they would make as much as some nurse practitioners, master plumbers and the like (without the 300K debt)?

Then there’s funding. In California, Gov. Jerry Brown has made a "bold" proposal that would deny millions to counties once the expansion and exchanges kick in January 1. His logic: now that folks are insured, there is less need for state support. On top of that, he is pushing to decrease Medi-Cal reimbursement by 10 percent — despite the fact that California’s reimbursement rate is among the lowest in the nation.

The exchanges themselves face a tough road. While it is terrific that Covered California has brought Kaiser, Blue Shield, Anthem, and 10 other insurers on board, other states offer far fewer choices. How will they keep rates down with so little competition? Plus, the success of exchanges hinges upon recruiting young, healthy people to drive down premium costs. But I am not convinced people in this demographic — who are likely to see a rise in their premiums — are eager to jump in the exchange pool. If too many opt to forgo insurance and pay the penalty, the exchanges will be devastated. They will mostly be covering people with significant healthcare needs, and premiums will skyrocket.

So what I tell patients and partygoers is the truth — I just don’t know. We need to do something as a country to fix our broken health care system. Medicaid expansion, exchanges, ACOs, bundled payments, value-based purchasing and the like may be answers, but even healthcare prognosticators disagree on what we should do and how.

At a recent conference I attended, a speaker described our country’s attempts to implement the Affordable Care Act as "throwing a bunch of things at a wall and seeing which of them will stick." I was equally shocked and comforted by this statement. Shocked that someone would actually admit it, but comforted because it mirrored my own thoughts.

We don’t know the right answer to the healthcare conundrum, but we are doing our best to figure it out. We should be honest with each other about that.