Let’s Talk About Women in Medicine 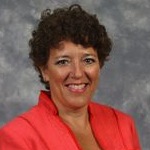 Barbara Victor, MD, joined the CEP America Partnership in 1999. She has held medical directorships in the emergency departments of Martin Luther King Jr.-Harbor Medical Center, Garden Grove Hospital, and California Hospital. She has also served as a CEP Regional Director.

Dr. Victor completed her nursing degree at Harbor College and practiced as an emergency department nurse for eight years at Harbor-UCLA Medical Center. She then went on to pursue her Bachelor of Arts in biology at California State University, Long Beach. After much encouragement from her colleagues, Dr. Victor applied to medical school and attended Tufts University School of Medicine in Boston, Mass. She completed her residency in emergency medicine at Loma Linda University.

Dr. Victor is board-certified in emergency medicine. Today, she is recognized as a provider of "Excellence in Community Service" from the City of Garden Grove.

Elizabeth Blackwell became the first woman to graduate from a US medical school in 1849. Like most young women of the Victorian age, she initially had no interest in medicine, and becoming a physician never crossed her mind.

But Elizabeth was a forward-thinker, and as she matured, she became an abolitionist and a strong proponent of women’s rights. The epiphany that led her to pursue medicine occurred when her best friend was dying from a painful disease (likely uterine cancer). Her friend expressed the opinion that a female physician would have made her experience easier because of the ability to empathize with her and the “natural motherly instincts of women.”

Elizabeth’s decision to become a doctor received incredible resistance. Many recommended she go abroad, and others encouraged her to disguise herself as a man. Amazingly, she was accepted at the Geneva (N.Y.) Medical College in 1847. Her professors stated, “She had enormous impact on the class. Her presence turned a group of boisterous young men into well-behaved gentlemen."


Dr. Blackwell would be proud to know that in 2015, 32 percent of the physician workforce is female. The gender gap continues to decrease, as demonstrated by a medical student ratio of 47 percent female to 53 percent male.

Still, differences remain between male and female physicians with regards to pay, practice ownership and representation within leadership roles. Only 7 percent of physician executives and 16 percent of medical school deans are women.

Even more interesting is the distribution of female physicians by specialty. Women now make up the majority of pediatricians, family physicians and OB-GYNs. However, they are still underrepresented in many higher-paying specialties, including radiology, urology and most surgical specialties.


So, what explains this discrepancy? It appears there are three distinct reasons women gravitate toward certain specialties:

Style of communication. Research suggests the sex of a physician does not alter the diagnosis, treatment or referral plan for an individual patient. But women do interact in subtly different ways than their male peers. Studies done by Roter and Hall (1998 and 2004) pinpointed three gender differences in the doctor-patient communications:

These types of communications, in which women excel, make women particularly skilled in medical practices that lead to close relationship with their patients, like primary care, family practice, pediatrics and obstetrics and gynecology.

Acceptance of women in the specialty. Certain specialties invite and even recruit women because of their sex. Women often feel drawn to these specialties because, as with Dr. Blackwell’s friend, female patients feel comforted by a female provider. Also, the specialties where women are already ingrained in the culture tend to appeal to female medical students because of the presence of mentors who they relate to and can emulate.

When it comes to gender-specific medical problems, research suggests that male doctors provide a higher quality of care to male patients and that women provide a higher quality of care to their female patients. The idea is referred to as gender concordance. There are just some situations where a same-gender provider leads to greater trust on the patient's part. Gender concordance is often why women prefer female gynecologists and why female pediatricians are so popular. Mothers often feel another woman can better understand their experience when a child is sick.

Work-life balance. In a 2006 study, Vaskova widely observed that men place a higher value on “instrumental" work factors like salary and bonus, while women tend to value “soft" factors like respectful treatment and work-life balance. This may help to explain why female physicians tend to shy away from some surgical specialties. (Historically, surgical careers have been perceived as all-encompassing and incompatible with other life goals.)

In addition, most female physicians remain the CEO of their home while they practice medicine. Very few women in 2015 have stay-at-home husbands who provide the kind of support that stay-at-home wives afforded to earlier generations. So women doctors, in general, work fewer hours than their male counterparts and gravitate toward primary care roles that allow them more time for family.


A Place at the Table


I believe patients benefit when male and female physicians participate equally in their care. Men and women each bring unique strengths to the practice of medicine. It's therefore crucial that healthcare organizations take steps to promote gender equality. Some suggestions:

“I think the best way to attract women to our field is to make them realize that they can have a life outside of surgery. We’re trying to get that message out that women can have a family and do this. It’s hard, and it’s not for everyone, but it’s possible.”


Keep dialog open. Making the training and career lifestyle “doable” for women by recognizing their unique needs will help integrate medicine and decrease the gender gap in all specialties. The fastest, most effective way to do this is to ask the providers themselves. Forums, round tables, surveys and focus groups on the subject can yield useful information.

This year, it will be my privilege to assist in hosting the Vituity Women's Leadership Forum at our group's annual conference. The event will focus on the challenges women professionals face in managing our complex lives. The female perspective will be one of the focal points of the discussion, and men are also welcome to participate. Our organization is evolving, and this is the beginning of a formal mechanism to create a network of support.

What do you think healthcare organizations can do to help female providers practice to their full potential? Comment below to share.