Is Bystander Emergency Response Training Worth the Investment? 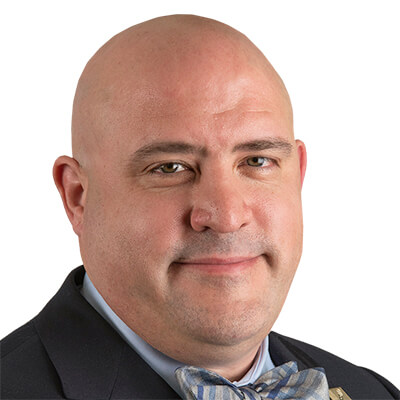 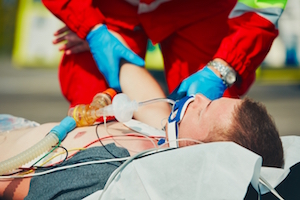 Over 350,000 people suffer out-of-hospital cardiac arrests each year in the United States. Just over 10 percent of them survive. Similarly, for someone experiencing an anaphylactic reaction to a food, the prognosis is poor without prompt administration of epinephrine.

For life-threatening medical emergencies like these, survival depends on bystanders — family, friends, and good Samaritans — to begin care until first responders arrive. Because while emergency medical services (EMS) personnel fill a vital role in the chain of survival, the arrival of first responders following a 911 call often is not fast enough.

Along with four coauthors, I recently conducted a study quantifying EMS response times. In today’s post, I’ll share highlights from the study and talk about the need to train more lay people in CPR, tourniquet use, and other life-saving techniques.

Outside of practicing medicine, I’m a national speaker on various subjects related to emergency medicine and serve as a spokesperson and podcaster for the American College of Emergency Physicians.

My interest in emergency medical services is also personal. I have a daughter with a severe peanut allergy. For her, a few minutes’ delay in treatment for anaphylaxis could mean the difference between life and death.

Recognizing that life-threatening emergencies can happen fast and emergency responders aren’t always nearby, the federal government recently launched a new initiative called "Until Help Arrives." The initiative aims to educate and empower citizens to provide first care before professional help arrives, because every minute counts when dealing with a critical injury or illness.

Until Help Arrives provides training in several areas, including:

The initiative has received some pushback from local governments, who argue that taxpayers already pay a lot for EMS services. But while EMS is a valuable resource that provides lifesaving support, it’s not enough. We also need to train and build up our citizenry.

That’s why my colleagues and I conducted a study to investigate the interval between the receipt of a 911 call and the arrival of the first EMS unit on the scene of a reported emergency in the United States. The data is being used to support the Until Help Arrives initiative.

The study examined data from 1.7 million ambulance runs from 485 EMS agencies across the country in 2015 to assess the time it took for the first EMS unit to arrive on the scene of an emergency. We looked at response times in urban, suburban, and rural areas, which we defined based on population density. (Note: The response times don’t include the time before someone dials 911.)

The average wait time increases to 13 minutes for rural settings, with nearly 1 out of 10 encounters waiting almost a half hour (27 minutes) for the arrival of EMS personnel.

Bottom line: The data clearly demonstrates that the average ambulance won’t arrive in time to save your life in the event of a life-threatening medical emergency, such as cardiac arrest, anaphylaxis, or arterial bleeding.

Bystanders Can Make a Difference

While further benchmarking studies are needed to define what is considered a “good” response time, the need for bystander training is clear.

Someone dealing with anaphylaxis, cardiac arrest, or severe bleeding typically doesn’t have 14 minutes — or even six minutes — to wait for EMS to arrive and begin treatment. And keep in mind, we only measured the time between the 911 call and EMS arrival. It may take even longer to access the patient. The odds of survival are low unless a bystander steps in to provide care.

For one Northern California man who suffered a heart attack while out running, the knowledge and quick action of a friend saved his life.

For rural areas, where response times are longest and the nearest hospital can often be an hour or more away, it would be advisable to train residents to respond to an even wider range of emergencies, such as overdoses and moderate bleeding.

To support outstanding emergency medical services in our communities, we need to beef up community education programs that teach bystander first aid.

Here at Vituity, I look forward to continuing my work in prehospital care and serving as a resource to support our sites in their EMS outreach efforts.