Innovative Mentoring Program Gets New ED Hires Up to Speed 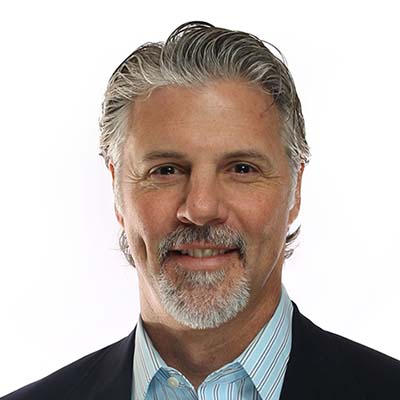 David Carter, PA-C, is the Director of Advanced Provider Operations for Vituity. In this role, he provides direction for the operational side of the advanced provider practice aligned across Vituity’s multispecialty growth strategy.

David holds a Master of Health Sciences from Duke University's physician assistant program. He joined Vituity more than 16 years ago and has worked clinically at seven different locations.

He began his career at the St. Louise Regional Hospital Emergency Department, where he later became the Advanced Provider Site Lead. He then served for five years as an Advanced Provider Regional Lead. He continues to practice in the emergency department at San Mateo Medical Center.

Outside Vituity, David is a former Director at Large for the California Academy of Physician Assistants. 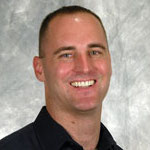 In fall 2014, the ED team at Adventist Medical Center - Hanford had a problem.

Thanks to a flurry of marriages, babies and relocations, they needed to onboard four newly hired physician assistants (PAs) and nurse practitioners (NPs) at once.

To make matters worse, they were painfully short-staffed. The department normally employed 11 to 13 full-time PAs and NPs. Now they were down to five. This meant longer hours and additional shifts for both PA/NPs and physicians.

On top of everything, ED volumes were rising rapidly.

It seemed like the perfect storm of trouble was closing in. But thanks to an innovative new program, AMC Hanford successfully onboarded four new hires without adding a single clinical shift.

Here's how they did it.


The newly hired PAs and NPs arrived at AMC Hanford with varying levels of experience. Two were new graduates. The others had a few years of experience in specialties like family medicine and urgent care. All would need to be oriented not only to the department but also to the specialty of emergency medicine.

Even under the best of circumstances, emergency medicine has a steep learning curve. These PAs and NPs must work alongside physicians to manage very acute patients in the ED's "red zone." In addition, the AMC Hanford team desperately needed clinicians to work in Rapid Medical Evaluation (RME), a front-end care delivery process.

RME has been proven to improve throughput but is also quite demanding for providers. Success requires multitasking, sustained high-level thinking and the ability to work at an accelerated pace. Even veteran PAs and NPs generally don't work more than four hours at a time in RME. Vituity recommends new hires take a few months to settle in before trying it.

Unfortunately, the AMC Hanford team couldn't afford to wait. They needed help in all areas of the ED.

Jed Grant, PA-C, was working part-time in the AMC Hanford ED. He also had 10 years experience in PA education and served on the faculty of a PA training program. They realized that Jed's background and flexible schedule might present an opportunity to pilot the master trainer program Vituity had been considering.

Jed, Dawn and ED Medical Director Michael Boulton, MD, all liked the idea. It seemed like an excellent opportunity to support their new hires without overburdening the team or sacrificing care quality.


New hires at AMC Hanford complete five shadowing shifts and 10 training shifts with both PA/NPs and physicians before taking on regular work duties. In addition, Jed planned to work with the hires in four-hour training blocks to bring them up to speed on RME. Meanwhile, Dawn would review new hires' chart documentation and handle the administrative side of onboarding.

It was a nice division of labor. I'm the Site Lead, but I realized I can't do everything myself. And teaching is really Jed's calling. - Dawn


Jed's first task was to help the new hires understand the goals of RME. Providers in this area gather just enough information to get care started quickly. For lower-acuity patients, who can be safely treated and discharged from the front end, a problem-focused history and physical exam will usually suffice. For more complex patients who will go on to see a physician in the main ED, it's important to consider what will be needed for the disposition decision.

One of Jed's main goals was to help the new providers order appropriately. To determine orders, the RME provider creates a quick differential diagnosis. For example, if a patient presents with leg pain, the provider runs through the possible causes (trauma, DVT, shingles, etc.) and orders the necessary tests to rule out any dangerous differentials.

RME requires an adjustment in mindset, because RME providers generally order more tests than they would after a thorough physical. New hires need to understand that it's okay to be thorough. If the back-end physician has to order additional tests, it creates more waiting for the patient. On the other hand, unnecessary tests can also have a negative impact on throughput and patient satisfaction. The trick is finding the balance.

In RME, the patients who are sickest are actually easiest. If a 70-year-old comes in with chest pain and says, "This feels just like my last heart attack," you know they're going to get the whole whammy. - Jed


To orient new hires to RME, Jed first had them observe him working a regular shift. This let them see what the process looked like when running at maximum efficiency.

Next, he worked with them to set up the Cerner EMR system so they could input orders quickly. For RME, he recommended a complaint-based set up, with order sets predefined for common presenting problems.

After that, Jed had the new hire shadow him in RME while documenting his encounters. During this process, he prompted them about what data should be captured.

Next, they switched roles. The new hire saw patients while Jed documented. Based on feedback from the new hires, Jed provided some scripting to help communicate the goals of RME to patients:

"My job is to get your care started, and then one of my colleagues will spend some more time and take detailed information from you."

From that point onward, training depended on the new hire's needs. Jed asked, "What makes you least comfortable? What do you want to focus on?" When needed, he would provide additional training to get the new hire ready to fly solo in RME.

The department's physicians also played a crucial role in this training process. Working side by side with physicians in the "red zone," new hires learned to manage more challenging patients. This in turn refined their evaluation, differential diagnosis and workup skills. It also helped them to appreciate how decisions made in RME impact care in the main ED.


A Blueprint for the Future


AMC Hanford's mentoring program was a great success. Most significantly, the team was able to support the new hires without adding any clinical shifts. The process also gave Jed and Dawn a chance to closely observe the new hires' comfort level in the ED and with the decision-making process. Finally, the program harnesses the mental and operational skills of the trainer, providing job variety, professional growth and satisfaction.

Despite joining the department under difficult circumstances, the new hires prospered. One year later, three are still at AMC Hanford (one relocated to the Bay Area). Site Lead Dawn has been pleased with their progress:

Not only do their personalities fit well with our site, they're now very strong with our RME process. In particular, we've seen more appropriate ordering from the start. - Dawn


The mentoring program did present some challenges. Providing the new hires with hands-on RME training sometimes slowed down throughput. Dawn worked to manage the team's expectations and encouraged physicians and veteran PA/NPs to look at the training as a long-term investment. When needed, Jed would jump in and see a few patients to get RME up to speed.

One of the keys to the success of this “investment” model is creating capacity by utilizing a mentor/preceptor who is not carrying a full clinical shifts load. This is important for the wellness and willingness of the mentor as well as the financial wellness of the site.

Another key is creating bandwidth for the mentor. The mentor should not be required to carry a patient load while training new hires. Rather, he or she should be free to focus attention on the new hire, who is seeing the load of patients. This allows the best opportunity for intervention, modeling, focused instruction, situational awareness teaching and confidence building.

One year later, AMC Hanford is doing well. It just added a fifth PA/NP shift in response to rising ED patient volumes. Dawn continues to recruit new PAs and NPs, and Jed has helped onboard several since the initial four.

Vituity's leadership hopes to apply Jed and Dawn's model to new hospitals and perhaps formalize it into an organization-wide initiative. One of the biggest challenges will be adapting the program to each ED's unique culture. But AMC Hanford's experience shows that it can succeed, even when facing the perfect storm of challenges.