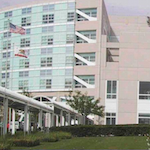 Arrowhead Regional Medical Center is a state-of-the-art facility featuring the newest technology in the field of patient care (ArrowheadMedCenter.org). The Medical Center is the host to a 24-hour emergency department, Level II Trauma Center, three Family Health Centers and the only Burn Center serving San Bernardino, Riverside, Inyo and Mono.

Sepsis is a life-threatening complication of infection that can be difficult to manage and carries a high mortality rate. Here's how Arrowhead Regional Medical Center cut severe sepsis mortality in half using an interdisciplinary, evidence-based approach. The following is based on a poster presented at Vituity's 2015 conference.

During the first DSRIP cycle (2011–2015), Arrowhead undertook four hospital-wide improvement projects. These included an initiative on severe sepsis detection and management, which was spearheaded by the ED.

Sepsis is a dangerous whole-body inflammatory response to infection. Mortality from this condition may range as high as 46 percent. At Arrowhead, 75 percent of sepsis patients originate from the ED, which made our team particularly passionate about this project.

The Surviving Sepsis Campaign (SSC) is an international collaborative aimed at improving outcomes among patients with severe sepsis and septic shock. To enhance and simplify care delivery, SSC guidelines combine evidence-supported interventions into "bundles" to be delivered together. Research suggests that bundle implementation paired with early identification of septic patients can significantly reduce mortality in the ED.

To begin the process, we conducted a baseline review of outcomes for all Arrowhead ED patients diagnosed with severe sepsis or septic shock between June 2010 to June 2011.

Our analysis revealed many opportunities for improvement. SCC bundle compliance was shown to be below 20 percent for all bundle elements, and mortality was above 30 percent for patients diagnosed with severe sepsis or septic shock.

As we proceeded with our review, it became clear that we needed to diagnose the sepsis patients earlier. The charts suggested that many diagnoses had been delayed, even when telltale signs and symptoms were clearly documented.

By increasing early identification and awareness, we hoped to increase compliance with the following SSC bundle elements for ED patients diagnosed with severe sepsis:

Above all, we hoped to reduce mortality due to severe sepsis and septic shock.


Throughout the four-year DSRIP cycle (2011–2015), we took the following evidence-based approach to improving sepsis management.

Creation of a Multidisciplinary Sepsis Task Force. Our committee includes representatives from the hospital administration as well as medical and nursing leaders from across the building. Departments represented include emergency medicine, infectious disease, family practice, internal medicine, surgery, laboratory, pharmacy and respiratory therapy.

Staffing. A DSRIP Coordinator was hired to manage the improvement projects with a focus on sepsis. We also reassigned an LVN to serve as our data abstractor, who pulls chart data for analysis.

Education is an ongoing challenge at Arrowhead due to turnover among our ED residents, fellows and students. Many programs and fellowships last one year only, so we repeat the cycle every year for the incoming classes.

Improved screening. We updated our triage assessment to include a brief sepsis evaluation for every patient presenting to the ED. When a patient screens positive, the triage nurse immediately communicates the results to the care team and physician.

Sepsis order set and lab panel. These include all blood and lab tests in the bundle, taking out the guesswork and speeding up the ordering process.

Daily rounding. The sepsis coordinator and data abstractor review all charts that meet our sepsis criteria to audit bundle compliance and documentation. When errors occur, they provide immediate feedback and education to the provider.

Case review. The sepsis task force chair, coordinator and data abstractor analyze all cases of bundle noncompliance, treatment errors and missed diagnoses. They then communicate with the provider to debrief and educate.


Although direct cause and benefit cannot be proven, our aim was to correlate early detection and bundle compliance to a reduction in severe sepsis and septic shock mortality.

Below are the results of our four-year study. As you can see, the implementation of the SSC bundle combined with early identification was correlated with improvements in patient outcomes and mortality reduction compared with pre-implementation management and treatment.

Over the course of the program, compliance with each SSC bundle element increased progressively, then plateaued at a high level. At the same time, mortality decreased every year and plateaued at a very low level.


The Severe Sepsis Management initiative was a great success for Arrowhead. Mortality declined by almost half (down to 14 percent) and has remained low. We estimate that improved sepsis detection and management saves about 45 lives a year.

Compliance with the bundle elements has also remained consistently excellent. Each year, we see a dip in compliance (but not mortality) when new students arrive. Chart review suggests that even beginning students do deliver the bundle elements correctly, which is great news for our patients. It's just that their documentation needs time to catch up to their clinical skills.

Finally, through DSRIP, the sepsis project earned some very valuable incentives for our hospital. We're thrilled to be part of Arrowhead's success in this endeavor.


The first DSRIP cycle ended Dec. 31, 2015, meaning Arrowhead will no longer receive financial incentives for sepsis management. However, we positively intend to continue the program, despite some challenges in funding and task force turnover.

The good news is that sepsis management best practices have become ingrained in Arrowhead's culture. These days, when an ED patient screens positive, the nurses act immediately. By the time I arrive as a physician, they've already initiated the sepsis bundle. It's the most we could have hoped for when we set out on this journey, and it definitely gives us confidence for the future.