How to Survive in the New Healthcare Economy? Let’s Start by Looking Outside the City 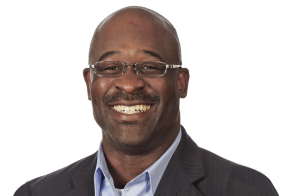 In John Commins’ article, Value of Rural Hospitals Linked to ED Utilization, he points out that the rural healthcare environment is vastly different from urban areas. He cites some very poignant reasons for these differences, including that rural hospitals do not enjoy the same economies of scale and leverage with vendors and insurance companies. Commins says that while rural hospitals are perceived to deliver a lower level of care than is provided in urban areas, he thinks this perception is incorrect. I would take this point one step further. I believe that, overall, the financial and operational efficiencies of rural EDs provide an insight into the model of how to survive in the new healthcare economy .

Ironically, rural EDs have become a blueprint for maximizing efficiency because of their lack of resources. Rural EDs are forced to optimize their efficiency, mostly because of the way they are reimbursed. In California, for example, rural EDs primarily have self pay and Medi-Cal payers. This reimbursement is much less than the PPO and HMO payers that support urban centers. This payment demographic forces rural EDs to be more efficient. There is an understanding by providers in rural California that they must see more patients per hour than their urban counterparts have to see, just to avoid going out of business.

In a study by iVantage Health Analytics, the authors estimate that there would be approximately $7.2 billion in annual savings in Medicare alone if the average cost per urban beneficiary were equal to the average cost per rural beneficiary. In the same article, they also guess that physician service payments in rural hospitals are 18% less costly than payments in urban hospitals.

Because it can be difficult to recruit physicians to rural areas, many rural EDs have been traditionally understaffed. By necessity, there is more reliance on physician extenders, which has the effect of lowering provider costs. Performance tends to come from increased efficiency rather than demographic market share improvements.

The overall decreased cost per patient is a result of the decreased ability to request particular tests, consultants or services. Nuclear medical studies, MRI and PET scans are often unavailable in rural areas. Providers in rural areas learn how to be judicious in ordering these tests, reserving them for cases where they are most appropriate. The easiest way to decrease cost is to decrease utilization. Because of limited rural resources, utilization is reduced by necessity. But, considering that some believe that imaging is overused in urban areas, leading to negative outcomes, limited utilization does not necessarily mean inferior care. Quite the contrary. For example, in Canada the Ottawa Ankle Rules are a way to limit X-ray usage for ankle injuries. But using them is not inferior care. Because these rules have very high sensitivity, using them can yield the correct diagnoses, while saving time and radiographic exposure, as well as money. (Jenkin et al, JAthlTrain, 2010 Sep-Oct; 45 (5) 480-482).

Lastly, one of the biggest contributors to this decrease cost in rural areas is lower malpractice incidence. Rural areas have lower malpractice rates than urban areas. This fact can affect the way providers manage their patients. With a decreased threat of malpractice suits, doctors do not feel the need to practice defensively. They can feel safe without overprescribing expensive tests and over-referring to expensive consultants.

While it is counterintuitive to think that fewer resources can lead to better treatment, there seems to be some truth to this idea. Overall, the financial and operation efficiencies of rural EDs that are forced upon them hardships may provide a lesson for more advantaged areas in how to survive in the new healthcare economy.