How to Reduce CT Utilization the Easy Way 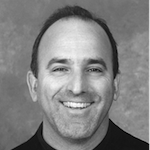 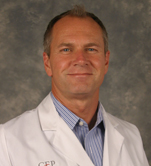 Worried parents rush their 7-year-old to the emergency department (ED) after she collides with another child during a soccer game. The patient seems alert but has significant bruising and swelling to her scalp. She complains of a minor headache and upset stomach and can't remember if she lost consciousness.

As a clinician, your first instinct is to order a CT scan to rule out traumatic brain injury. But is that remote possibility really worth exposing this young girl to the risks of ionizing radiation?

The emergency services team at Dignity Health believed they could do more to support difficult decisions like these. So in 2015, they launched what turned out to be a wildly successful radiation reduction pilot project. Here's how they did it.


The Case for Radiation Reduction


Between 1995 and 2005, CT utilization in children more than doubled in the United States. It's currently estimated that 20–60 percent of kids assessed for head trauma in the ED undergo a CT. Other than MRI, the procedure is the only way to identify traumatic brain injuries requiring emergency neurosurgery.

Meanwhile, ionizing radiation to the head increases the risk of cancer, especially in young children. To put things in perspective, a single CT scan exposes the patient to the equivalent radiation of 200 chest x-rays. The lifetime risk of lethal cancer from a single scan is estimated to be between 1 in 1,000 (for babies) to 5,000 (for older children).

And while radiation can be dangerous for kids, it's not exactly great for adults, either. When the American College of Emergency Physicians (ACEP) submitted 10 evidence-based recommendations to the Choosing Wisely campaign, four involved radiation reduction.

In 2015, The Joint Commission drew attention to the radiation issue with new accreditation standards around diagnostic imaging. The new rules require staff training around CT utilization and dosage as well as improved documentation of radiation doses.

So it's safe to say that ED providers and hospitals are aware of the need to reduce radiation. But in practice, it's not always so easy.


For ED clinicians, missing a life-threatening traumatic brain injury diagnosis is pretty much unthinkable. Combine that with worried parents and a high-pressure environment, and it's not surprising that many scans get ordered "just to be safe."

"The CT scan is like a hammer," explains Kendrick Johnson, MD, an emergency physician and former regional director for Vituity. "It makes you look for a nail. Clearly we need a more sophisticated approach in our use of diagnostic tools."

Leading the way is the Pediatric Emergency Care Applied Research Network (PECARN). In a study involving over 42,000 children with minor blunt head trauma (GCS scores of 14-15), PECARN researchers developed and validated algorithms for identifying patients at risk for clinically important brain injury. Their work has since been independently validated in separate studies around the globe.

PECARN's algorithm is excellent at identifying the 15 percent of cases who should undergo an immediate scan and the larger group of patients who can safely forego it. About 30 percent of cases fall into a gray area of low-intermediate risk. For these children, PECARN recommends a period of observation as well as shared decision-making between the clinician and parents.

Unfortunately, this robust body of evidence hasn't necessarily changed physician practice patterns. After all, the algorithm is complex, the stakes are high, and the pressures on clinicians are intense.

“The trick is getting the evidence to the clinician at the point of decision-making while not slowing down patient flow or the clinician’s interaction with the patient,” says Nathan Kuppermann, MD, MPH, principal investigator of the PECARN study and professor of emergency medicine and pediatrics at UC Davis. He notes that it's especially important to determine the patient's risk before discussing options with parents. Once the idea of a CT scan is broached, it's difficult to withdraw that recommendation.

Researchers are currently investigating the best way to integrate the PECARN algorithm into emergency medicine practice. But one health system is finding success with a surprisingly low-tech solution.


Dignity Health, a faith-based health system headquartered in San Francisco, has a proud history of patient safety innovation. In 2011, the system became one of the first participants in the Partnership for Patients Hospital Engagement Network (HEN), a federal program aimed at reducing hospital-acquired conditions. (Dignity Health is currently HEN-funded through 2020.)

HEN grants can be applied to a variety of focus areas, including radiation reduction. So in 2015, the system launched a pilot project with the intention of reducing CT utilization by 20 percent for two target populations.

Katie Hesse, MSN, RN, NP, Director of Emergency Services for Dignity Health, coordinated the pilot. Among her first major decisions was to select two well-defined populations in which CT utilization had been extensively studied. For guidance, she turned to clinical leaders at Vituity, which partners with Dignity Health in several of its EDs.

Vituity physicians were enthusiastic about the project. Its own emergency medicine division was likewise interested in reducing unnecessary CT utilization. After discussing several options, Hesse, Johnson, and Vituity Operations Vice President Dan Culhane, MD, settled on two target populations: pediatric head trauma and adults with renal colic and a recent diagnosis of kidney stone. (The latter group was the subject of one of ACEP's Choosing Wisely recommendations regarding radiation reduction.)

Data was another major challenge. Although the pilot would be limited to Dignity Health's Sacramento region, Hesse's team faced the daunting task of compiling patient information across thousands of encounters with dozens of clinicians. Fortunately, Hesse located a service that could harvest the data automatically from Dignity Health's EHR. Johnson helped her define keywords that providers could document in order to mark relevant records.

With the basics of the pilot in place, Hesse and Johnson pitched the program to Dignity Health's Sacramento-area medical directors and to those at St. John's Regional Medical Center and St. John's Pleasant Valley Hospital. Their proposal was met with enthusiasm. The physicians agreed it would be important to put decision-making tools at providers' fingertips. (The paper CalACEP-PECARN decision cards that Hesse passed around impressed them.) They also noted a need for scripting to help explain recommendations to parents. Fortunately, the California chapter of ACEP had prepared a document that fit this bill.

The pilot launched after a few months of training and provider education. Almost immediately, it was a success. Within a year, CT utilization for pediatric head trauma had nose-dived by as much as 47 percent (the exact number varied among EDs). There was also a modest improvement for the renal colic population. Across both groups and all pilot hospitals, CT utilization decreased by a whopping 37 percent.

Early on, some providers had expressed concern that observing children in the ED would hinder patient throughput. However, when observation was chosen, this time often proved less than that required to obtain and read a scan, and was often just long enough for parents to absorb and consider information on the risks of CT scanning and participate in the decision. In fact, patient satisfaction also remained stable, and many parents expressed positive feelings about being fully informed in a shared-decision making process.


The application of decision rules in radiation reduction is currently a hot area for research. Kuppermann was part of a team that recently studied the effects of embedding decision tools in the EHR. Investigators found that integrating a risk calculator could further reduce CT utilization even in hospitals familiar with the PECARN algorithm. Results of the study were published in the journal Pediatrics.

Kuppermann and colleagues have now just completed a seven-center randomized trial of shared decision-making using a novel infographic tool in children with minor blunt head trauma who have one PECARN risk factor for TBI. They presented their findings at national meetings earlier this year, and the manuscript is under preparation.

Dignity Health could be an early beneficiary of this research. In June 2017, the system will expand its radiation reduction pilot to all hospitals in its Southern California and Bay Area regions. Dignity Health hospitals in Arizona and Nevada will join the initiative in FY2019.

While the technical innovations on the horizon are exciting, Hesse is pretty pleased with what emergency providers have managed with paper cards and scripts.

“Of all the projects we’ve had at Dignity Health that involve coordination large numbers of providers, this one is the most satisfying," she says. "That’s both for the results we’ve had and for the good we’ve accomplished in reducing unnecessary radiation.”