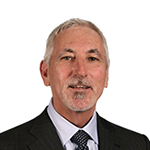 In recent years, many hospitals have been scrambling to purchase local physician practices. According to a recent Modern Healthcare article, this strategy often results in increased overhead for these hospitals.

However, hospital leaders say that employing physicians helps their organizations improve care coordination and quality while containing costs. They also hope the employed physicians will position them to take advantage of new value-based reimbursement strategies. In fact, physician employment has become so pervasive that physician recruitment firm Merritt Hawkins reports that 90 percent of its job openings are now for employed positions.

But could the strategy of buying up physician practices backfire for hospitals? And what are the implications for physicians, patients and the practice of medicine? In this post, Ellis Weeker, a founding Partner of Vituity, and Martin Ogle, a vice president at Vituity, weigh in on this timely issue.

Perspectives: Thanks for joining us! So let's jump right into it: what do you make of this trend?

Martin Ogle: On the surface, the goal is to get your various service lines on the same page. The hospitals have gotten on this bandwagon of physician acquisition and physician employment because it leads to aligned incentives.

Ellis Weeker: I would be more direct about it: It's physician control. When you control the physicians, you control where the patients go. And you certainly want them to come to your hospital.

Perspectives: How does this strategy impact physicians? Are there advantages to joining a larger organization?

Ellis Weeker: What I've seen locally is that the hospitals are providing income guarantees to newly employed physicians for up to about two years. And those income guarantees are outside the range of what a given specialist or primary care physician could otherwise earn. But I think there's also a risk, because if your income gets ratcheted down later after the guarantee period, it is unlikely you will have the option to return to independent practice.

Martin Ogle: Yes. Part of the problem with the rapid acquisition of physician practices is that the infrastructure supporting independent practice disappears. Purchased practices often let their office staff go and move into the parent company's facilities. Soon physicians' only option is hospital employment — either at their current hospital or another one in the community.

Martin Ogle: Well, there's a lot of talk about how physician integration will reduce costs and improve quality, but neither has really been proven yet. In fact, there's a lot of evidence that as soon as the hospital starts managing a practice, costs to the patients go up.

The other thing to consider is that, as hospitals absorb local physician groups, competition decreases. In San Francisco, some of the bigger hospital chains are pushing health plans to pay them more — huge amounts of money in some cases — and they've been very successful. That leaves fewer reimbursement dollars for county practitioners, small groups and individual practices.

Ellis Weeker: What can happen in some healthcare consolidations is what happens in other industries. You end up with two or three major players competing in an area. For example, the San Francisco Business Times just published a very interesting article about the health system "turf wars" between Stanford and UCSF. They're both scrambling to capture market share in the Bay Area by aggressively affiliating hospitals and purchasing physician groups. You would hope this would drive down cost. However, does that sound like kinder, gentler medical care to you? In other areas there may only be one dominant integrated system and that is where medical care can actually be more expensive.

Perspectives: According to the Modern Healthcare article, the healthcare system loses close to $175,000 a year per employed physician. Do you think the short-term risk will eventually pay off?

Martin Ogle: Well, I lived through the 1990s and the rise of the HMOs, which was the last time there was a push for integration. In many areas, hospital systems rushed into buying medical groups. But it was a failed strategy. The hospital systems in Southern California were losing so much money on these purchased practices that four or five years later they literally reverted ownership back to the groups.

Perspectives: Some physician advocates feel that hospitals do a poor job of running medical groups and managing physicians. Do you agree?

Martin Ogle: From an entrepreneurial perspective, I think the employment model tends to lessen productivity. If your paycheck is the same regardless of how hard you work, it seems that's a disincentive to do more. Hospitals also extend their higher costs to outpatient care due to their more expensive staffing costs and more complex regulatory requirements

Ellis Weeker: I agree. Hospitals are basically taking entrepreneurial physicians whose earnings and reputation have always been tied to productivity and putting them on a flat salary. A certain percentage will continue to work hard because it's in their nature. But a lot of them will say, "Wait a minute. Did I get this right? I punch in at nine, I get my breaks, I get a lunch hour and I go home at five. And the check ends up in my account every payday regardless of how many patients I see. Wow, maybe I've been working too hard all these years."

Perspectives: How does the employment model impact patient care?

Martin Ogle: Well, I think there are potential advantages to a controlled ecosystem, where all data elements can be aggregated under one roof. There's opportunity to better understand how patients respond to given therapies or management strategies. And that could lead to better outcomes, better value and more cost-effective care. But again, I'm speaking hypothetically.

Ellis Weeker: I don't know. I look at a lot of big hospital systems that have been around for a long time and should have the means to harness the best information technology available. And yet they still don't seem to have achieved unified system management. This is because hospitals are still catching up to other industries in the area of information technology and decision support. So it's definitely hypothetical in my mind as well.

Perspectives: What about traditionally integrated systems like Kaiser? Have they been able to reap these benefits?

Ellis Weeker: I recently heard the leader of a historically integrated system speak about the four principles that make that model successful. One, they're integrated. Two, they're prepaid and distribute the money in the way they want to, emphasizing primary and wellness care over specialty and hospital care. The third thing he talked about was the sophisticated IT capabilities that allow them to analyze data and use it to guide care decisions. They have invested billions of dollars in this-not just millions. They can actually look at outcomes across hundreds of thousands of patients and decide which treatments to invest in.

And the last thing he said, which I thought was really important, is that the organization is physician-driven. You need to have leaders who understand the practice of medicine and how it impacts patients on an individual basis.

So yes, I think there's certainly potential to create integrated systems where physicians work together and have a robust data set and analytics to guide their decisions. But so far, it's only been achieved by a few systems that have already been integrated for decades. For the average hospital, implementing a data-driven model of population health is going to be a long and expensive road.

Perspectives: One reason hospitals are employing physicians at a loss is that they're operating in a fee-for-service environment while preparing for a future where reimbursement will be tied to value. Any advice for hospital leaders as they navigate that transition?

Martin Ogle: Yes, it's a pretty confusing reimbursement picture out there right now. There's lots of discussion about bundled payment strategies and retrospective payments and capitation and assignment rules. But there's still a significant amount of fee-for-service reimbursement happening — even in a highly managed care-penetrated environment like southern California.

A couple years ago, Nate Kaufman spoke at Vituity's annual conference. He's a healthcare consultant to lots of hospitals around the country. His advice to his hospital clients is: make all the money you can right now, while you can, in volume-driven business. And while you're doing that, invest in systems that allow you to transition to value-based medicine.

In other words, keep one foot on the dock and the other on the boat. But do realize that the boat's going to set sail at some point.

Ellis Weeker: Yes. At least in my universe, to forego the fee-for-service model right now is probably detrimental to most hospitals.

Things may be different in a few years. But you know, ten years ago, I was hearing the same thing — that in two or three years, fee-for-service medicine would be dead. I'm not saying it's going to be around forever, but people have been predicting its demise for a decade, and it's still with us now and producing profits for hospitals.

Perspectives: Any parting thoughts on physician employment and the future of healthcare?

Martin Ogle: One thing to remember is that there are a lot of really smart people making predictions right now — and the vast majority of them are wrong. No one knows what our system will look like downstream. And I think the only way to prepare is to have flexibility, to adapt. I think we're going to be in for pretty interesting times in the healthcare environment, and you know, I sort of embrace it. It should be a pretty crazy ride.

Ellis Weeker: I completely agree, Marty. I think the key to planning for an uncertain future is to have options, to be adaptable and to recognize you can't predict that future. And I think that's what hospitals are trying to do with these physician practice purchases. They're trying to hedge their bets.

The other problem they have is that if they wait, most practices will be gone. And like Marty said, once they're gone, they don't come back. One reason we're seeing such a buying binge from the hospitals is that it's really now or never.