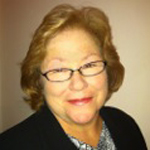 Bonny Sorensen is a veteran healthcare finance executive and consultant with B.E. Smith. She is a strong financial leader with proven success in managing multimillion-dollar operations and implementing change initiatives that boost fiscal performance in regards to accounts receivables, interest rates and audit compliance. Her experience includes directing profit and nonprofit organizations during periods of transition, growth, turnaround and startup. During her three-year tenure as CFO of Summerlin Hospital Medical Center, the organization exceeded objectives by as much as $6.6 million, was named Best Place to Work in Las Vegas and captured the top slot for market share in the region.

In the past two years, reducing hospital readmissions has become a national issue promoted by the Centers for Medicare & Medicaid Services (CMS) and discussed almost daily by most healthcare executives. But while CMS estimates that "preventable readmissions" cost in excess of $17 billion annually, they have failed to recognize that it is not only those patients discharged to their homes that are at risk for rehospitalization. Patients discharged to long-term care (LTC) facilities or nursing homes are also at risk, despite the long-held belief that they receive more comprehensive post-discharge care in these settings.

Many factors contribute to this "revolving door" scenario. Lack of coordination between settings may lead to errors or delays in care. The evidence also suggests that hospitals themselves contribute to the readmissions problem by discharging older patients with "post-hospital syndrome." According to a recent article in the New England Journal of Medicine, one in five Medicare patients are readmitted within 30 days with a completely different illness than the original admitting diagnosis. The author attributes this to the stress, sleep loss, pain and discomfort, poor nutrition and inactivity that occur during hospitalization.

CMS is finally facing reality, and in March 2012, the Medicare-Medicaid Coordination Office announced the advent of a new demonstration program intended to reduce hospital readmissions from LTCs. (Yes, another new program. But remember, it's going to Save the Industry Money.)

To fund this initiative, CMS set aside $128 million for organizations to partner with LTCs on evidence-based interventions to reduce 30-day readmission rates. CMS believes the initiative could cut LTC readmissions by as much as 45 percent.

Question: so healthcare administrators, have you seen your portion of the $128 million that was set aside — or have you just seen CMS penalizing hospitals with high readmissions rates? The initial penalty of 1 percent increases to 2 percent for fiscal year 2014 and 3 percent in 2015.

Let's stop and reflect for a moment. This program seems very reminiscent of the tactics that CMS has utilized over the past 30 years. They've tried to force hospitals to manage the practice patterns of physicians through DRGs, MsDRGs and APCs without success. So what makes CMS think that penalizing hospitals for readmissions will deter LTC facilities from bouncing patients right back to the hospital?

CMS isn't the only one working on the problem. A variety of organizations have offered ideas and initiatives to reduce readmissions from LTCs and prevent this "revolving door" scenario. Andrew Kramer, MD, CEO at Providigm, suggests that nursing homes should track their own readmission rates and intervene to keep these low. But this seems implausible, given that most skilled nursing facilities (SNFs) receive $312 or less per patient per day to deliver care.

So far, the most promising solutions involve close coordination between hospitals, LTC facilities, patients and providers. Examples of successful programs include:

As a consultant, I've seen the benefits of coordination firsthand. Recently, I assisted an acute care hospital in Oklahoma (the state with the second-highest readmissions rates in the nation) to implement initiatives aimed at reducing hospital readmissions. These included education and a follow-up callback program to all ED, inpatient and outpatient discharges — including those discharged to a nursing home or rehab facility. Additionally, the home health nursing staff visited LTC facilities to meet with recently discharged patients.

At the end of our three-month initiative, readmission rates from LTC facilities had dropped by 8 percent. Meanwhile, our labor costs had increased by only 1.4 percent. Overall, the program had been effective.

Let's not miss this unique opportunity. As healthcare professionals, we tend to hesitate before approaching other providers in the continuum of care, because we are conditioned to see them as competitors. However, when it comes to improving healthcare and the quality of life for our patients and communities, everyone wants the same thing: quality care at an affordable price. We also want to allow good providers to stay in business, make a profit and reinvest in their organization — and ultimately in the communities we serve.