Healthcare Reform … Tell Me What You Know and What You Don’t Know! (Part 2 of 2) 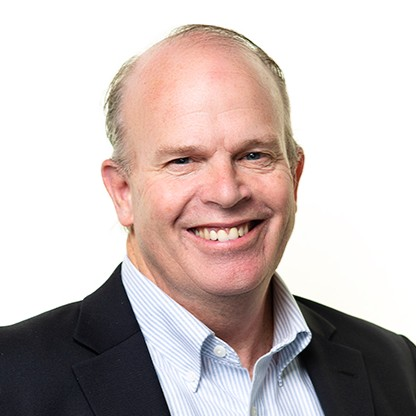 Chris Renner is the Benefits Director for Vituity, overseeing health plan, retirement, and other benefits for more than 7,000 employees and partners. He has served in this role since 1992, weathering many changes in the health insurance market over the years. He holds a bachelor’s degree in finance from the University of Southern California.

This is the second installment in a series explaining how Healthcare Reform will affect individuals, companies, Medicare eligible individuals, and others…(Read part I here).

Childress placed both hands on his temple and proceeded to roll his fingers through his graying hair. Looking up again at his agent, he said, “Tell me how companies are going to be affected?”

Agent Ajemian rolled his eyes, and replied, “How are they not going to be affected? Costs go up. Reporting goes up. Confusion ramps up big time!” The agent sat up, leaned forward so that his right elbow was on his thigh and his left hand scratched his cheek so you could hear the stubble on his face.

“The hardest part will be interpreting the rules. Every quarter, companies that do not provide insurance will need to tally up their employees and determine what penalties they owe to the IRS or to Health and Human Services [HHS] in lieu of providing coverage.”

The agent glanced at Childress, ignored his glazing eyes, and continued. “There are myriads of reporting requirements that still haven’t been fleshed out by HHS, but which are set to begin in January, 2014. We know that companies will have to notify all employees of the option to join an Exchange by October 1, 2013. But since the premiums, coverages, and details of the plans have not been published, that could be tricky. Frankly, I think that HHS is going to rush these forms out to the companies, and then the confusion will escalate. There will be no trial period. Companies are going to pay fines that are incorrect. The appeals process will be undefined. This is going to be a snafu from the get-go. ”

While the agent spoke, Childress kept glancing at the seat of the recliner, unsure whether some rodent had perhaps made this chair his home. Finally, he slumped down off the arm when he became certain that a tetanus shot was not in his future. “Just tell me what you know.”

Ajemian resumed. “Funny thing about that. One of the few things I did find from Stevenson was an email about a $65 surcharge. In 2014, all indemnity and self-insured plans will begin paying $65 per employee and dependent for…”, the Agent took out a crumpled piece of paper from his shirt pocket, opened it and read, “Transitional Insurance Fees and Think Tank Fees.”

“What was that? Did you say, Think Tank Fees?”

“Yeah, everyone has to pay $2 a year for research into patient centered outcomes. The government has established an Institute to study outcomes. Details are presently pretty nonexistent, but some feel that this will help improve protocols of care; others view this as a way to attack physicians and hospitals for mistakes, errors, and misdiagnoses that occur from time to time.”

“Transitional Insurance Fees are levied to cover all the high risk individuals who didn’t have insurance before but are now covered by the Affordable Care Act. It’s supposed to end after 2016 but because initial projections from the Congressional Budget Office are forecasting increased spending of around $75 billion per year more than when the Act was passed, I wouldn’t count on it. The White House disputes that number, saying that the increase will be only slight. Republicans on the Hill say it will be higher. Knowing that temporary government fees more often than not become permanent, I think it’s easily predictable that the $65 will become a permanent assessment.”

Childress lowered his brow and after consideration, stated, “So a family of four will have to pay nearly $300 a year extra for this stuff?”

“The companies pay it. If they wish to pass it on to the individual, that’s up to them.”

Childress shifted his position in the recliner and asked, “Anything else?”

“Well, yeah, about this email we found, it was to a Dr. Punaj, an anesthesiologist that Stevenson worked with years ago. We questioned Punaj and he said he hadn’t heard from Stevenson in years but when we confronted him about this email, he got all defensive and immediately said that he didn’t know where he was. Here’s the funny thing. We never told him that Stevenson was missing! We’ve tapped his phones and we’ll see if the illustrious Dr. Punaj can lead us to Stevenson.”

Childress interjected, “That’s strange. When did they work together?”

“About 18 years ago when they were both residents. They’ve obviously kept in touch all these years but Punaj either doesn’t want us to know where he is or he panics when questioned by authorities. We’ll see if anything happens.”

“I don’t want to think so but until Stevenson turns up, I can’t say ‘no’. I can’t imagine why anyone would want to hurt someone for becoming an expert on Healthcare Reform? Maybe something will break with Punaj.”

Childress quickly retorted, “Let’s hope! Any other surprises for companies?”

“Here’s where it gets interesting.”

At that moment, the sirens from two police cars were getting louder. The quick passing reflection of the lights could be seen through the only window in the room. Ajemian paused, “Companies with more than 50 employees who offer group health insurance are required to cover all full time employees on their group sponsored plan. The company needs to have a health plan that covers at least 60% of the total claim costs and charges no more than 9.5% of an employee’s W2 income in employee premiums. If the company offers no access to group health plans, then the company will pay $2,000 per year for each fulltime employee. Even if the company offers a healthcare plan and complies with these provisions, a company will still have to pay an annual fee of $3,000 for each employee who opts to enroll in a Health Plan Exchange.”

He paused again. “Oh.”, he interjected, “A full time employee is one that works more than 30 hours per week or 130 hours per month.”

“Well that doesn’t seem too bad.”

“No, you’re right. These provisions could actually lower healthcare costs for some firms. Companies now routinely pay between $3500 - $9000 per year per employee just for single coverage medical premiums. Some companies may choose to pay the $2,000 per employee penalty and stop providing healthcare insurance themselves. While companies could save money by doing this, it could shift the cost of health insurance onto the employee. Those with families could really be hit hard. And if companies continue the current trend of replacing full time employees with part time employees, companies could avoid paying for any health coverage at all!”

Childress grimaced, “Selfish. I mean, shouldn’t these companies continue to provide health insurance for their employees?”

“In order to recruit top notch personnel, many companies will continue to offer health insurance. Companies that use low skilled labor will exit the healthcare market first, but if you look at it economically, the real cost will come to the federal government when they have to cover these individuals on $2,000 per year plus the increase from fees and Medicare taxes. I’m no rocket scientist, but it would seem to me that when these Exchanges are trying to fund claims of about $9,000 per person per year and funding it with only $3,000 in unsubsidized premiums, $2,000 - $3,000 in company penalties, and perhaps another $1,000 in Medicare taxes, you’ve got a shortfall that will necessitate higher premiums or penalties, reduced reimbursement to physicians and hospitals, or rationing care!”

“So what do you think will happen?”, asked Childress.

The agent pondered this question, adjusted his position on the chair, and looked directly at his handler, raising his eyebrows as he blurted, “NOW you’re asking me to think!” He paused, stared away from the only other person in the room and then stammered out a few inaudible sounds, as if realizing that he was about to somehow affect national policy. Pausing one more time but still staring at the window, he hedged, “I don’t know. This law is so massive and has so many intricate provisions that it would be impossible to pick which direction its administration will take. If I had to guess… and this is just a guess, I think that companies are going to find it especially difficult to continue offering healthcare, especially by the beginning of next decade. This thing is so underfunded that I would be surprised if premiums didn’t increase or if reimbursement rates weren’t reduced!”

Agent Ajemian reached inside his coat pocket, took out another cigarette but before he found the match to light it, he continued, “I’m really getting tired of trying to figure out how this will affect the Jones family in Baltimore or the Smith family in Houston.”

Childress struggled to get out of the dilapidated recliner. He brushed off his coat and slacks and sighed, “You need a drink! Hell, I need a drink.” Waiting for acknowledgement from his agent, but getting none, he implored, “Let’s go. I’m sure you’ve got more. C’mon. You can tell me all about how Medicare recipients are going to get younger.”

Childress put on his overcoat. Ajemian stood up and with a sigh, commented, “Wait till I tell you about the Cadillac tax.”

Childress opened the slightly squeaky door, sounds of leather soles quick-skidded across the concrete. The door closed and alternating footsteps faded away…

Tune in next time and read how HMO’s, PPO’s, and Medicare will be affected by the Healthcare Reform Act…