Healthcare Reform … Tell Me What You Know and What You Don’t Know! (Part 1 of 2) 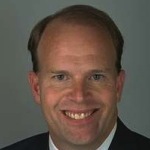 Chris Renner is the Benefits Director for Vituity, overseeing health plan, retirement, and other benefits for more than 7,000 employees and partners. He has served in this role since 1992, weathering many changes in the health insurance market over the years. He holds a bachelor’s degree in finance from the University of Southern California.

This is the first installment in a series explaining how healthcare reform will affect individuals, companies, Medicare eligible individuals, and others. Read Part 2 here.

The room was mostly dark, with just an overhead light and a recliner that showed more stuffing than fabric. A slightly wet khaki trench coat was draped over the back of the chair. Drops from a roof leak beat a very slow rhythm in one corner. A half rusted folding chair lay on the concrete floor. The operative, wearing his own standard issue unbuttoned trench coat, lit a cigarette and leaned against the only brick wall in the room. A few feet away, Childress stood with a rolled newspaper under one arm and the other hand unconsciously gripping the closed doorknob. “Alright,” he said forcefully, “Tell me what you know, what you don’t know, and what you think.”

Agent Ajemian lifted his hand and took the cigarette from his mouth, exhaled a cave of smoke, watched it rise for a second, and then flicked the stub across the room. It landed perfectly into the accumulating puddle. He shook his head slightly, and in a voice of resignation he responded, “I’ll tell you what I know… but it’ll be costly. I’ll tell you what I don’t know, but I’m not sure I’m going to tell you what I think!“

He then turned so that his shoulder was pressed against the wall. “Healthcare reform is a bear cub right now but in a few years, if this isn’t trained, you’re going to have a full grown Grizzly on your hands!” The agent paused, then continued, “All plans have done the cute things; things like increasing the dependent coverage to age 26, eliminating lifetime claim limits and pre-existing conditions, adding coverages like dialysis and better preventive services. Everyone is for those changes. Those are easy. What’s not so easy is understanding how 2,500 pages of regulations, premiums, penalties, and subsidies are all going to come together in some semblance of a health delivery system.”

Childress realized this was no short conversation and sat on the arm of the recliner. “OK. It’s been easy so far. What’s up next?”

The agent took out another cigarette but he didn’t light it; instead choosing to baton it between his fingers. “Every state is setting up a healthcare Exchange. Companies have to provide information on these exchanges to all their employees in 2013. In California, like other states, there are four levels.” He handed his Handler an unfolded piece of paper showing:

**But if you make less, your out of pocket limits are lower.

“What does it cover?", Childress asked.

“Preventive care but that’s all we know. Each state is developing its own list of coverages. We’re hearing that office visits, hospitalization, emergency room, and all the standard stuff will be covered but we are not sure if there is a copay. I guess you’ll have to purchase the medical insurance to find out what’s in it.”

“Damn. Our Chihuahua keeps tripping over his goiter but it costs too much to get it removed.”

“The coverages may vary by state", continued the agent. "Some states are talking about covering nuggets like experimental procedures, infertility, and transgender operations. The official line from HHS [Health and Human Services] is this will all be ready by October for open enrollment. Reality? While some states might have something ready for its citizens, the vast majority of states will be asking for extensions. Sebelius [HHS Secretary] hinted at this just the other day. We’ll continue to prod and probe and determine how this healthcare reform will affect this nation. Our actuaries, accountants, and agents on the ground are trying to rip the cover off healthcare reform, but this is among our most complex operations ever! I mean…the number of bandaids that we’ve gone through for paper cuts has been extraordinary!”

“Tell your team that they are doing a great job but they knew the risks when they signed up. We just need answers and the quicker the better!” Childress cupped his hand on face and with his thumb and forefinger rubbed the tired out of his eyes. “So…any word from Stevenson?”

Dr. Raymond Stevenson was the Agency’s point man on healthcare reform until two weeks ago when he disappeared. No one had heard from him. His apartment was immaculate and there were still clothes hanging in his closet. His ex-wife hadn’t heard from him. While there was no sign of foul play, the Agency hadn’t ruled it out either. Clues in his disappearance were sparse.

Dr. Stevenson had issued briefs going over small aspects of healthcare reform. Many in the Agency trusted his judgment and forecasting ability. He was supposed to issue a much larger summary; more of a book really, on the Act’s effects on every man, woman, and child in America. Just prior to his disappearance, some said he was more anxious than usual but he was the nervous sort anyway, so distinguishing degrees is futile. His notes, computer, and any data that he compiled were gone as well.

Wild speculation has ensued and no one is even sure whether his absence is related to his work on healthcare reform. Right now, he’s just a missing person. Agent Ajemian had taken over the investigation of health reform just a week ago.

“Damn, we would be so much further along if we could just find Ray.” Childress paused, reflecting on his past relationship with Stevenson, “You noticed anything since you been working on healthcare reform? I mean, anyone following you or asking weird questions?”

“On this stuff? It’s all public domain. Boring really! I don’t know why or how Stevenson just vanished but I can’t imagine it being related to this. Maybe he was fooling around with the farmer’s daughter? Actuaries and policy wonks have got to have the lowest murder rate in the nation. You know Ray, he could put a rollercoaster-riding speed junkie to sleep!”

“I know. It doesn’t make sense. So… How much are the premiums?”, asked Childress.

“How much you make. For instance, a family of four purchasing the Silver plan in California will pay $1,080 per month if their household income is over $95,000. However, if that same family makes $50,000 a year, they only pay $280 per month. Presumably the Bronze plan will be the cheapest plan and the Platinum plan the most expensive. In California, the maximum out of pocket expense increases based on your income. Rates go up each year. You can check it out at www.coveredca.com. ”

“You said something about enrollment? Can you enroll at any time?”

“Only if you lose your insurance or never had any insurance", said the agent. "The plan is to have open enrollment in October. Anyone can join at that time each year.”

“Does everyone have to purchase insurance?”

“Not if they’re covered by their company or have an existing individual plan. They can compare the costs and coverages and choose for themselves but there is no requirement to switch, at least not now. Individuals like part time or per diem employees are required to buy insurance somewhere, and if they don’t have an individual policy, they’ll pay a penalty.”

“What kind of penalty?”

The agent began to rock from side to side just to move his legs and continued, “You know, there’s nothing to prevent an individual from eschewing all healthcare coverage and paying the penalty each year on his taxes.”

“Doesn’t that defeat the purpose of insurance for all?”

“You would think?", said the agent. "But there is nothing in the regs to prevent it. In fact, a guy could wait until he needed healthcare and then sign up on an Exchange that month, no questions asked. Can you believe it? A guy could wait until he breaks his leg or burst his appendix, go to the emergency room and he’s immediately covered. We’ve read and re-read the regulations in an attempt to find some clarification on this but there doesn’t seem to be any right now so… I dunno. Reading those pages and pages of regulations does solve one medical condition.”

“Insomnia.” They both chuckled.

“How do you purchase insurance through these Exchanges?”, asked Childress.

“Private companies bid to provide the insurance so Aetna, Travelers, Blue Cross, Blue Shield and others can participate in their own plans but they can’t deny coverage and they must adhere to the rules of the Exchanges. For those earning under $95,000 who want to receive a state or federal subsidy, they ONLY have to complete a TWENTY-ONE PAGE APPLICATION! The instructions on completing the form are SIXTY-ONE pages long! Like your taxes, you’ll have to complete the application each year! It asks questions about income for each member of your family, their nationality, prior insurance data, and tax information. There are penalties for misrepresenting your income but they’ve yet to be published. Like I said, this whole thing is very complicated. But if you get the subsidy and enroll in the Exchanges, it could be much cheaper overall than a standard company plan.”

“So why would employees stay with their company plan if the Exchanges or having no insurance is cheaper?”

“There could be lots of reasons. Maybe their company pays for all or a portion of their insurance already? Maybe they’re too lazy to switch? Heck, the application alone puts you at risk for carpal tunnel syndrome. Maybe the devil you know is better than the devil you don’t know? There’s lots of reasons.” With the cigarette bobbing between his lips on one side of his mouth, Ajemian began walking across the room toward the folding chair. Halfway there, he stopped, turned to his Senior, and with his lips pursed around the cigarette stated, “You know, if you have any insurance at all, it’s a lot better than wondering about mounting healthcare bills but until these Exchanges have something concrete to offer, I wouldn’t switch away from our plan. There are just too many unknowns!”

As Ajemian bent over to pick up the chair, he muttered “No thanks. I’ll keep my money!” The scraping sound of metal on concrete echoed in the room until the chair was set up. It teetered on two legs but looked sound enough. The agent sat down and then stretched out his legs, one draped over the other at the ankles. He knew he was going to be here a while.

Childress lasered his brown eyes on the agent. “Bottom line it for me. Who should purchase insurance from an Exchange?”

“Until the definitions and terms of what the Exchange plans cover are official, I would not recommend the Exchanges to anyone. However, if you have no insurance right now, they are better than nothing. I can see that some lower paid employees with family coverage may choose the Exchanges over their own group health plan but I would advise them to shop and compare before making a final decision. Those who are in group plans will see changes from their companies so keep your eyes open. Things will change and not always for the better. All I can say is ‘Stay tuned’…”