Diary of an ED Startup 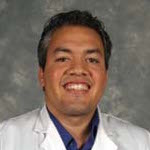 In 2012, Vituity began staffing the emergency department (ED) at St. Vincent Medical Center in downtown Los Angeles. The hospital leadership's vision was to open an EMS receiving station, and they hoped our group would provide the experience and know-how to make it a success.

As the incoming ED medical director, I had no idea what a wild ride we were in for. But three years later, we've boosted our average daily volume by 40 percent while delivering efficient, patient-centered care. In today's post I'll share our story, plus some lessons learned along the way.

A few years ago, St. Vincent decided it needed to boost inpatient volumes. To achieve this, the hospital focused on developing its emergency services. It had been several years since a new EMS receiving center had opened in downtown LA, and the existing hospitals were over capacity and often on diversion. Establishing a new receiving station seemed like a win-win for both St. Vincent and the community.

To prepare for the increase in high-acuity patients, St. Vincent opened a new cath lab, which would enable it to treat patients presenting with severe myocardial infarction (and eventually to become an accredited STEMI center). To become certified as a receiving station by the county, it just needed to finish construction on its new ambulance bay. The administration estimated that St. Vincent would begin receiving ambulances about three months after Vituity's start date.


That gave us three months to prepare the ED team for a monumental cultural shift.

In the early years, St. Vincent's tiny, eight-bed ED had been a relaxed place to work. Nurses and ancillary services were accustomed to a slow pace. Neither the beds nor the waiting room ever filled, so they had little incentive to maximize efficiency. Prior to the start of Vituity's contract, 5 percent of patients were leaving without being seen. Time to provider was over 60 minutes, and turnaround time to discharge over three hours. To serve highly acute patients, we realized we would need to improve the efficiency and quality of our care.

To inspire change, we first needed to focus the team on the best interests of the patient. Fortunately, we had an excellent example at our fingertips. Since St. Vincent is a Catholic hospital, quite a few nuns live nearby. When one of them came into the ED, they always received expedited service and plenty of smiles and personal attention. "Look at how wonderfully we take care of the nuns," we pointed out to the team. "What if we cared for every patient that way? Isn't that what you'd want for yourself? For your family?"

Change took time, but the team worked hard. We fine-tuned our patient flow and added a six-bed fast track. Within about a year, St. Vincent was one of Vituity's top-performing EDs in terms of throughput, and patient satisfaction was in the 75th percentile for our state.

We were ready for the ambulances. But none were coming.


The ambulance bay project ran into some unforeseen pitfalls. Construction bogged down when the contractors failed to build to the specifications laid out by the California Office of Statewide Health Planning and Development (OSHPD). A botched equipment order caused further delays. And then the fire inspector decided the bay needed a few more sprinklers.

A year went by. Then two. Our team's excitement and momentum began to lag. Every couple months, we'd get the word that it was really happening and prepare ourselves for a surge. Then nothing would happen. We joked that in an earthquake, the safest place in LA would be under our ambulance bay.

We decided we might as well use time to our advantage and stepped up outreach to our local EMS services. For the receiving station to succeed, it was crucial that we demonstrate our capabilities to care for high-acuity patients. We also needed to get them in the habit of thinking of us when they were considering their options. So we began to meet with paramedic and fire stations, community leaders, and nursing homes in our catchment area.

Some of the EMS personnel were excited about our project. For years, patients had requested to be taken to St. Vincent. But there was also doubt. Crews seemed to worry we'd be just like the rest; that they'd spend a long time waiting at the door to offload patients.

So we set out to convince them we really were an exemplary ED and that we'd work with them to get patients in quickly so the ambulance teams could go back out to service. We fine-tuned our procedures for arrivals and even added a snack room for the EMS personnel. Really, we left nothing to chance.


And then one day, it happened. The receiving station went live!

At 8 a.m. on May 1, 2015, we held a ribbon-cutting ceremony for the ambulance bay. Even though I wasn't scheduled to work, I arrived in my scrubs. I figured the ED would be overrun with patients, so I'd stick around and pitch in.

That day, no ambulances came. Not one. We started to get really worried. Our team had invested so much in preparing for the receiving station. And the hospital had a lot riding on its success.

The next day, one ambulance came, and you better believe the crew and patient got the red carpet treatment. We all rushed out to meet it and bring the patient inside.

Each day after that, we received a few more ambulances. I think our EMS personnel were feeling us out, trying to make sure we could handle very acute patients. And once they were convinced, the ambulances came in a steady stream.

Interestingly, the public followed and our walk-in traffic increased. The shiny lights of the rigs seemed to give them confidence that we could handle any emergency.


Before we knew it, average daily volume had climbed to 81 patients in our little ED — an increase of about 40 percent in just three years. And it's still climbing. Our new challenge is to fine-tune our throughput process to meet the rising demand. It's a big challenge, but with our positive culture in place, I believe we're up to the job.

So far we've managed to maintain excellent throughput times, and our patient satisfaction scores have remained solid. Feedback from EMS crews has been outstanding. They say we're the nicest ED downtown — and the only one where the team comes out to meet them and facilitate throughput.

Finally, our hospital has benefited from the increased ED volume. Our CEO just met with our group to thank us for the turnaround we've achieved. She told us that from a census perspective, September 2015 was the hospital's best month in seven years. She also sees our efficient, patient-focused culture diffusing throughout the hospital’s inpatient units.

How wonderful it was to hear those words. Three years ago, I never would have imagined what a challenge this startup could be. A year ago, we still weren't sure we'd get here. It's been a lot of hard work for our team, but it's also been an incredible journey that has brought us together for the benefit of our patients.