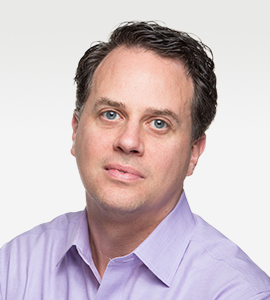 Rick Newell, MD, is Chief Transformation Officer for Vituity. In this role, he is responsible for the development, implementation, and execution of strategies, programs, and technologies that enhance and transform enterprise-wide healthcare delivery. He currently oversees initiatives related to innovation, acute psychiatry, acute neurology, telehealth, and complex care management.

Dr. Newell is board-certified in clinical informatics and emergency medicine. He obtained his Master of Public Health in healthcare management from Harvard University and earned his medical degree at the State University of New York at Buffalo, where he was selected as a junior member of Alpha Omega Alpha. He completed his emergency medicine residency at Harbor-UCLA Medical Center.

As a second-year medical student, Dr. Newell cofounded a free health clinic that to this day continues to serve the impoverished communities of Buffalo’s East Side neighborhood. He was recognized for this work with the Leonard Tow Humanism in Medicine Award.

Dr. Newell was elected to Vituity’s Board of Directors from 2012 to 2016. From 2014 to 2016, he also served the Partnership as a Director of Quality and Performance and oversaw telehealth, CMS quality programs, two qualified clinical data registries (QCDRs), and the administrative fellowship. In 2013, Dr. Newell was recognized for his contributions to Vituity with a Distinguished Service Award.

Medicare is fighting hard to remain a financially viable program in an era of austerity. On July 8, 2013, Centers for Medicare & Medicaid Services (CMS) posted several proposed changes to its rules surrounding outpatient facility coding and invited public comment. Because this proposal could impact patient care and the financial viability of emergency departments around the country, it's important that hospitals review the proposed changes, understand the implications and voice any concerns to CMS.

Effective 2014, CMS proposes to do away with leveling and instead assign a single E/M facility code to all emergency department visits regardless of complexity. According to a CMS press release, the change would "maximize hospitals' incentives to provide care in the most efficient manner, discourage upcoding, and continue to set accurate payments." It also adds that the proposal would "remove incentives to provide medically unnecessary services or expend additional, unnecessary resources to achieve a higher level of visit."

Although this proposal may have some benefits in the form of transparency, efficiency and administrative streamlining, hospitals and CMS need to consider further implications of the proposed change:

If Medicare's proposal is implemented, there will be winners and losers, with EDs that see lower-acuity Medicare patients likely to benefit financially, while those with a higher-acuity patient mix would be forced to do more with less.

Access to Emergency Care and Tertiary Services: Over the last decade, there have been numerous ED closures across the country. This further financial stressor may result in more ED closures and a significant impact on public health and safety. Among the hospitals hardest hit under Medicare's proposal would likely be teaching/academic institutions and trauma centers — all of which tend to see higher-acuity patients. Critical access hospitals (including those in provider shortage areas) may also be jeopardized.

Patient Care: If hospitals are not receiving additional reimbursement for increasingly complex patients, there may be downward pressure on ED physicians to unscientifically minimize testing. While everyone agrees that only medically necessary tests should be performed, this change may push the pendulum too far in the other direction. This could lead to poorer outcomes for some of the most vulnerable patients — Medicare patients.

Patient satisfaction may also be negatively affected, as many Medicare patients simply do not have access to needed primary care and thus have no choice but to utilize the ED for their care. Due to downward pressure to minimize workups, these patients may not receive the ED evaluations that they need — even when they have nowhere else to turn.

The Domino Effect: As Medicare goes, other payers frequently follow. In addition, one could envision CMS making future proposals that collapse physician E/M codes into a single level. This would only exaggerate the implications mentioned above.

CMS is accepting public commentary on the proposal through Sept. 6, 2013. To weigh in, visit the proposal page at regulations.gov. Commenting is fast and easy, and you can even attach supporting documents. As of this writing, only 20 comments had been posted, so your voice is very much needed on this important issue.