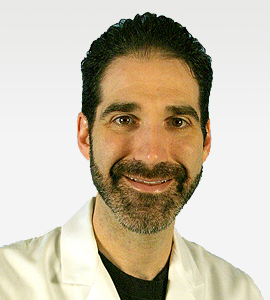 Douglas Brosnan, MD, JD, is Director of Provider Relations for Vituity. He publishes and lectures frequently and previously worked as a legislative analyst. He currently serves as an editor for the Western Journal of Emergency Medicine.

Dr. Brosnan is a trustee of the California Medical Association, where he serves on various subcommittees, including the Medi-Cal Technical Advisory Committee. He is the former president of the Placer-Nevada County Medical Society and previously served on the board of the California Chapter of the American College of Emergency Physicians. 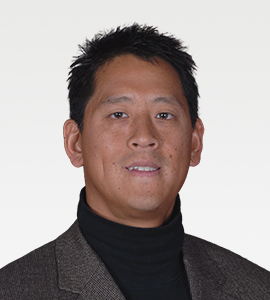 Bing Pao, MD, joined Vituity in 1999 and went on to serve as an Assistant Emergency Department Medical Director at Palomar Health in San Diego County. He currently practices at Palomar Medical Center and serves as Director of Provider Relations. In addition, he has an appointment as an Assistant Clinical Professor at the University of California, San Diego.

Dr. Pao is active in the emergency medicine community. He is past president of the California Emergency Residency Association, a reviewer for the Journal of Emergency Medicine, and a board member for both the California Chapter of the American College of Emergency Physicians (CalACEP) and the San Diego County Medical Society. In addition, Dr. Pao currently co-chairs CalACEP's Reimbursement Committee and serves on ACEP's Reimbursement Committee.

In our previous post, we discussed the limitations of medicine's current fee-for-service pricing model. "Cognitive" services such as diagnosis, consultation and follow-up communication are poorly compensated under the current system. This could lead to inequitable payments to primary care physicians, who will take on increased responsibility for care coordination under healthcare reform.

When it comes to creating incentives for cost-effective care, reimbursement is only part of the picture. We also need to create a legal and regulatory climate that discourages waste, promotes evidence-based practice and rewards physicians who spend more time on patient care.

Protect physicians from baseless malpractice suits. As it stands, physicians order certain tests on the one-in-a-thousand chance they could miss something and open themselves to a lawsuit. One way to promote cost-effective practice would be to offer some form of malpractice protection to physicians who follow evidence-based care guidelines.

Damage caps and tort reform laws don't necessarily change the way physicians practice, because liability caps don't prevent them from being hauled into court. The difficulty and expense of responding to a baseless lawsuit — which still takes an emotional toll and involves depositions, missed work and lost income — contributes to the practice of defensive medicine.

Mechanisms that screen out baseless suits at an early stage would allow physicians to apply reasonable clinical judgment, not to mention promote adherence to evidence-based care guidelines.

One step in this direction would be to extend federal liability protection to federally mandated care under the EMTALA mandate.

Unhitch compensation from patient satisfaction. Patient-physician relationships can play an important role in medicine and healing. But on a clinical level, it's very difficult for patients to know what good care is. They may know how the doctor made them feel, but they don't know whether he has good clinical judgment or follows evidence-based practices.

Linking compensation to patient satisfaction drives up costs. Let's say a patient comes in expecting a certain test. The physician tries to explain why he doesn't need it, but the patient wants it anyway.

Well, in the current regulatory climate, chances are he's going to get it. The doctor can't afford to deal with a patient complaint or a poor evaluation.

In the meantime, patients and doctors can utilize resources from Choosing Wisely, an initiative that aims to educate consumers about the risks and costs of unnecessary procedures.

Given this wisdom, it's no surprise that Centers for Medicare & Medicaid is so focused on metrics and measures. What's surprising is that some of the things they measure (and tie reimbursement to) have a shaky basis in science.

For example, take blood cultures in cases of community-acquired pneumonia. They're very expensive, and they rarely change the management of the patient. But if you don't get blood cultures, your hospital can be penalized for not meeting its core measures.

After physicians raised concerns about this particular measure set for nearly a decade, The Joint Commission recently announced its intention to retire it.

Every procedure we perform in the name of accountability has both direct costs to the patient and payer and administrative costs to the physician and hospital. If we're truly concerned about reducing waste and providing cost-effective care, we must choose our measures carefully, and let go of those that confer only questionable benefits.