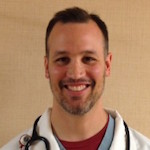 Dr. Joshua Bobko is a Board Certified Emergency Physician and an Assistant Professor of Emergency Medicine at Loma Linda University. He completed a fellowship in Emergency Medical Services, and is the Medical Director for the Westminster (CA) Police department. His company, Valiant Research, provides operational medical support for FBI-LA SWAT.

Recognizing the gap in traditional Emergency Medical Services, he started the non-profit FirstCareProvider.org with the goal of improving community resilience by expanding trauma education into our communities. He is a national leader in the development and implementation of multi-jurisdictional medical responses to atypical emergencies, and is a voting member on the Committee for Tactical Emergency Casualty Care. He is a national authority on high-threat civilian medicine and authored the landmark papers on pediatric casualty care. His current research includes expanding operational medicine concepts to other non-traditional populations and redefining the planning assumptions for disaster preparedness.

EMS transports a patient for a possible arterial laceration after she falls through a plate glass window. On arrival at the ED, her right arm has a blood pressure cuff applied proximal to the wound, but there is a large amount of blood on the sheets. The patient’s systolic blood pressure is 90/52, and she appears pale and uncomfortable. Air Medics report that the cuff was loosened because the patient reported discomfort.

The ED is equipped with an electric pneumatic tourniquet, but unfortunately, it's being used in a procedure. The resuscitation room usually has a Mechanical Advantage Tourniquet (MAT) but it had not been re-stocked. Direct pressure is immediately applied to the wound, and the patient receives intravenous fluids.

Then something happens that would have been extraordinary a decade ago: A physician produces a combat application tourniquet (CAT) from her personal bag. The senior trauma, orthopedics, and emergency residents are instructed on proper application, hemostasis is achieved, and the surgeons are able to gain proximal control.

This case illustrates just one of the paradigm shifts occurring in prehospital and emergency care. Tourniquets are reappearing in our ambulances and EDs after spending much of the 20th century in disfavor. Data from the military’s trauma registry suggests that their prehospital utilization can increase trauma survival rates — particularly in the event of a mass casualty, when hospital care may by delayed.

While these changes will likely save lives, they also have the potential to create dissonance between first responders and ED "first receivers." In today's post, we'll talk about why it's more important than ever for emergency medicine providers to keep up with advances in prehospital care.

For years, knowledge gleaned from the Global War on Terror (GWOT) has provided the catalyst to advance prehospital and emergency medicine policies and practices.

Advances in the identification and treatment of preventable causes of death to military personnel on the battlefield have reduced the death rate from an approximate 15 percent in Vietnam to 7.6–9.4 percent in operations Iraqi and Enduring Freedom.

Nearly 20 years ago, the military began analyzing how our service members were dying and identified common mechanisms. Several wounding patterns were identified that were responsive to immediate treatment — and thus termed “preventable” causes of death. The military created specific medical guidelines for combat, which through the Committee for Tactical Combat Casualty Care (CoTCCC) were ultimately adopted by all branches of the military. The key to the success of the program has been the ground-level emphasis on the identification of the preventable causes of death, the immediate treatment interventions, and empowering all military personnel to intervene on each other’s behalf.

Meanwhile, recent attacks on civilians in Paris, Brussels, and San Bernardino demonstrate the ongoing threat of active violence events within our society. The prevalence of these events and the predictable nature of the injuries associated with them have forced law enforcement and fire/EMS systems to quickly adapt to this evolving threat. As a result, some systems have adopted different components of the military’s model. However, the military guidelines were never intended to be applied to the civilian population; nor do they take into account the latest wounding data on civilian mass casualty incidents[1].

Translating Lessons from the Battlefield

Over the past five years, the Committee for Tactical Emergency Casualty Care (Co-TECC) has produced guidelines for the treatment of casualties in the high-risk environment.

Focusing on differing threat levels to the patient and provider, the TECC format prioritizes the four so-called preventable causes of death: exsanguination, airway compromise, tension pneumothorax, and hypothermia. This evolution of care has been instituted in numerous Emergency Medical Systems (EMS) throughout the country. Accordingly, many EMS agencies now mandate the carrying of tourniquets by EMS units to address uncontrolled hemorrhage. In addition, progressive law enforcement agencies are also training and equipping officers on these same TECC principles.

This is a dramatic shift in mindset for both EMS and law enforcement personnel. Using this latest data as a model for active violence incidents and terrorist events, we have focused on preventing uncontrolled hemorrhage in trauma[2]. Aggressive treatment of bleeding has dramatically increased the utilization of tourniquets in all aspects of the prehospital environment. Recent examples include the Boston Marathon bombing and the Aurora Theater shooting. The hope is to achieve the same favorable outcomes realized by the military with regard to civilian trauma events.

Yet even with the increased training of our first responders, there is an inconsistency in our trauma system. Emergency and trauma personnel are not being educated on the latest prehospital literature. Concepts such as early use of tourniquets and hypotensive resuscitation are distinctly different from early-generation trauma education such as ATLS. We now know that these interventions can and will save lives.

As the paradigm of prehospital care evolves, and this new medical equipment is issued to EMS, fire crews, and law enforcement, there is a responsibility that those receiving these patients become familiar with the prehospital literature. Familiarity with different commercial tourniquets, hemostatic dressings, hypothermia prevention kits and damage control resuscitation must fit seamlessly into the emergency receiving doctrine. First receivers must take the steps necessary to familiarize themselves with current literature and understand the prehospital mindset.

Unfortunately, our role in the ED may require us to be knowledgeable of these conditions and treatments should disaster befall our communities. As emergency physicians, we are experts sought by our local communities, churches, schools, and hospitals. Understanding the evolution of high-threat emergency care and the work of the TECC committee will not only help make the prehospital-to-hospital transition seamless, it prepares us to meet this evolving threat[3].

Let's return to our patient whose bleeding was controlled with the application of a commercial tourniquet.

As it turned out, she suffered a complex full-thickness laceration of her right upper arm transecting the brachial artery. Although a mechanical advantage tourniquet (MAT) stocked in the trauma bay was unavailable, the commercial tourniquet provided by a forward-thinking staff member proved effective in controlling her bleeding.

Because the patient had received tranexamic acid (TXA) during prehospital transport, a drip was continued in the ED. Ketamine was promptly administered for pain control in this hypotensive patient. Once stable, the patient was intubated and transferred to the operating suite for a successful vascular repair.

This case demonstrates the importance of being a well-informed "first-receiver." We can all move in this direction by building relationships with first responders, learning from them, and sharing our own expertise. The better we understand one another's methods, the more our patients will benefit.
[1] Smith E, Shapiro G, Sarani B. The profile of wounding in civilian public mass shooting fatalities. Journal of Trauma and Acute Care Surgery, Publish Ahead of Print Accepted February 16, 2016
[2] “Stop the Bleed” Campaign. Department of Homeland Security 2015.
[3] Callaway D, Bobko J, Smith E, Shapiro G, McKay S, Anderson K, Sarani B. Building community resilience to dynamic mass casualty incidents: A multiagency white paper in support of the first care provider. Journal of Trauma and Acute Care Surgery:
April 2016 - Volume 80 - Issue 4 - p 665–669.