Are Patients Coming to the Emergency Department Really the Problem? 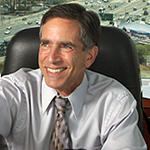 Dr. Spiro is the President of CEP America. A life-long emergency physician, he became Chief Operations Officer of CEP America in 1998, transitioning to the role of President in 2009. As President, Dr. Spiro manages the legal, financial and external affairs of the Partnership, with a particular focus on malpractice issues, compliance, provider wellness, and interfacing with external organizations.

I read the recent CDC report on “Emergency Room Use Among Adults Aged 18-64: Early Release of Estimates From the National Health Interview Survey, January-June 2011”[PDF] and felt compelled to respond. As an emergency physician helping to lead a physician group which sees four million emergency patients per year, I had both an intellectual and emotional response to this article. My comments are about this specific article as well as the general issue – the widely held belief that there are too many ED visits. I hope my ED based perspectives will be viewed as helpful and not defensive.

I have doubts about the conclusions based on the data because of the retrospective design of the study and the small number of surveys used. Most of these studies were done retrospectively based on discharge diagnosis. One conclusion from the CDC study was that only 54.5% of visits required a hospital for their care, suggesting that only these patients had true ‘emergencies.’ The lay public are often very unaware as to what is a serious problem needing emergent or very urgent care versus a not so serious problem—especially prospectively.

The problem with this methodology is that a “prudent layperson” often cannot reasonably differentiate between a condition that is emergent and one that is non-emergent. Even clinicians have difficulty at times determining the seriousness of a condition just on the basis of a presenting complaint. For example, costochondritis is a benign condition that doesn’t require immediate medical attention. However, an acute myocardial infarction may present with similar symptoms. Conditions such as acute MI, meningitis, serious infections, stroke, and other permanently disabling or deadly conditions can present with seemingly minor complaints. It is easy to be a “Monday morning quarterback, ” and note that many ED visits were not necessary.

I would like to challenge the perception that there are too many non-urgent Emergency Department visits. Although it is true that some patients who show up could and likely should be treated elsewhere, the number is not as large as some studies have quoted. Many patients are frightened about what turns out to be a non-significant problem or are confused by the health care industry’s complexity and just do not know where to turn for care.

In general, the ED accounts for about 2% of the total US health care dollars, with the vast majority of these dollars used for complex Emergency Department cases. So I believe the real potential for savings is not to focus as intently on keeping out non-urgent patients, though that could have some benefit and shouldn’t be ignored. The greater benefit on a care and cost basis would be in working to develop more standardized work-ups with better collaboration and follow-up with primary care doctors, reducing the expensive work-ups as well as hospital admissions and re-admissions. That is where the ED can most significantly improve patient care and create savings for our healthcare system.