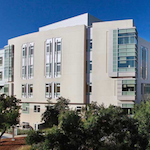 El Camino Hospital in Mountain View, with more than 300 beds, serves the Silicon Valley area. Rebuilt in 2009, the hospital’s advanced design allows us to pioneer new approaches to patient care, comfort, safety and convenience. We offer a full range of services, from primary care to mental health to the latest proven diagnostic and surgical technologies. What truly sets us apart is the dedication of our staff and volunteers, our doctors’ expertise and our commitment to community health.

So where are they one year later? In today's post, we catch up with nurse and researcher Veronica Palustra, RN, who has been keeping a close eye on her department's numbers.


El Camino's first lean improvement project in 2013 was to reduce turnaround time to admission (TAT-A) below a benchmark of 286 minutes. To coordinate the department’s efforts, we formed an interdisciplinary Lean Transformation Team and held a series of rapid process improvement workshops (RPIWs).

As a result, average TAT-A dropped from 330 minutes to 283, a 14 percent decrease in just 90 days. In addition, key patient satisfaction indicators increased by 9 percent in the first 90 days.

This early victory was a morale booster for the Lean Transformation Team. We were excited to apply lean methodology to other ED processes.


2015 brought many challenges at the El Camino ED. Patient volumes rose faster than expected, and surges became more frequent. But thanks to our new, more efficient processes, TAT-A remained stable, averaging 323 minutes from January to September 2015. (The California average is 342 minutes.)

Refinements to admissions process. El Camino was recently re-accredited as a Chest Pain Center, so increasing collaboration with our Heart and Vascular Institute, the coronary care unit (CCU) and telemetry unit was a top priority.

To this end, the ED team created bridging orders for admitted CCU patients. CCU internists began coming down to the ED to provide early intervention and transition support for admitted patients.

Provider in triage crew. In order to decrease time to provider (TTP), we assigned a physician or physician assistant (PA) to triage during peak volume hours (1 to 11 p.m.). This allowed for immediate initiation of orders and treatments for all patients.

Improved surge capacity. The team took a multipronged approach to this issue. First, we worked out an arrangement with radiology to use some of their beds for overflow.

We also oversaw an ED renovation that added a second triage area, a Rapid Medical Evaluation® (RME) area and a dedicated EKG bed.

Finally, we set up a communication channel between the charge nurse and ED Medical Director Laura Cook, MD. When a surge occurs, Dr. Cook immediately recruits additional providers to help relieve the bottleneck.

Acute Coronary Syndrome (ACS) care. Per Society of Cardiovascular Patient Care guidelines, troponin test results should be interpreted within 60 minutes of the ACS patient's arrival (and the sooner the better, of course).

To minimize troponin turnaround times (TATs), our ED and lab teams applied lean methodology. Based on the results of our analysis, we adopted a new chemical assay and moved the phlebotomy area nearer to the troponin processing equipment. In addition, the team is currently working to create an order set for EKG and troponin that can be initiated at triage.

As a result of this latest round of RPIWs, El Camino's ED:


As a young lean organization, our team wanted to ensure that our rapid process improvement work wasn't having unintended consequences for patient care.

To this end, we conducted a retrospective analysis of our ACS patients. We were especially interested in this group because we had implemented so many changes to our cardiac care.

The analysis included all 2013 and 2014 ACS patients and compared the following before and after initiation of RPIW:

Overall, we found that RPIWs had no negative consequences for our ACS patients, while clinical outcomes improved in several key areas. Most significantly, mortality in this population dropped from 0.17 percent to 0.07, and TTP decreased from 20 minutes to 11.

Other values remained stable or improved slightly. (The exception was a modest uptick in readmission rates from 3.6 percent to 4.6.)


This fall, our team will be facing one of our biggest operational challenges since adopting lean as we transition to the Epic electronic health record (EHR). It will be a great test for our new processes. Since we have already withstood the Ebola scare, a tough flu season and rising patient volumes, we're cautiously optimistic!

Once Epic is up and running, we have a few more initiatives we'd love to tackle. A big one is to make better use of our data. We are currently using software called Analytics MD to analyze numbers from about 3,000 patient charts per month. Amazingly, this powerful tool can produce a lean report in less than a minute! It provides a clear snapshot of what was happening in our department at any point in time, from provider productivity to the number of boarders at a given moment. We hope to use this intelligence to inform future RPIWs.

Finally, we will continue our participation in El Camino's sepsis initiative. In 2009, the PDSA cycle was used to develop the adult triage sepsis screening tool. Frontline staff was heavily involved in the process, testing the tool, providing critical feedback and participating in the sepsis committee. Our efforts pertaining to the management of patients with sepsis is ongoing, and the continued application of lean principles to this effort is paramount in achieving our goals.


Our ED team is still in the early stages of our lean journey, and we're constantly learning new lessons.

One of our biggest takeaways so far is that lean is about far more than just numbers. This may sound counterintuitive when we're tracking such granular data. But the numbers never tell the whole story. Personally, I've learned I really have to be at the point of care, watching how all of these quantifiable actions tie together to understand how lean pays off for our patients and ourselves.

We've also learned that our leadership is most impactful when we tie our improvement efforts back to the patients. Sure, everyone agrees that we'd like to boost our core measures, walk fewer steps and get faster at our jobs. But it's much more inspiring to think about our patients being more satisfied and having better outcomes. Ultimately, our lean journey is about doing what's best for them.